This is the final post in a series of tutorials for upgrading the Table component to Grid.

So what’s next? From the first day when I started this series, we immediately got a lot of feedback about some features that don’t exist in Grid. 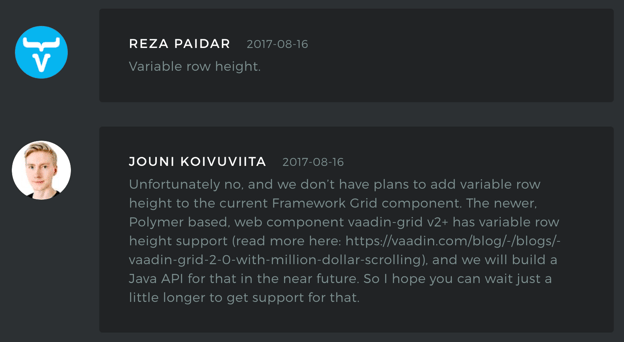 Summarizing and going forward you will have the following alternatives:

And here are some opinionated visions of what’s happening next at Vaadin:

Vaadin Framework 7 support will end in approximately one year, at the end of February 2019. Vaadin Framework 8 on the other hand was publicly announced to stay at least 4 more years. This might give you some background on migrating from e.g. Table or Grid’s previous versions.

We know that some users are still using Vaadin Framework 6, the majority are on 7, so I hope those posts were a good push forward to make the migration soon:

Anything missing? Let us know in a comment below!