Vaadin Grid was announced over two years ago, and since then it has evolved with many new features and enhancements. If this wasn’t enough killer for the Table component, then the announcement of Vaadin Framework 8 earlier this year, with explicit deprecation of Table, places it in a critical state, and it’s now time to upgrade your source code and enjoy the latest features, bug fixes, and all latest updates.

Vaadin Table was one of the oldest components in Vaadin Framework, and it survived many years of continuous development and upgrades. But technology is fast moving forward and the decision of replacing it with a new rewritten implementation was a must, to be able to cope with the latest technology requirements and web standards. There are plenty of resources available online comparing Table and Grid, so I’m not going to make yet another comparison here, but instead, I’ll be going over a series of tutorials showing you how to migrate from Table to Grid.

I will start with this project (note the tag) that consists of many Table examples, and migrate them one by one to use Grid. Those examples are a little bit modified versions of the book examples, and I will publish the migration guide in a few chunks over the coming few weeks. 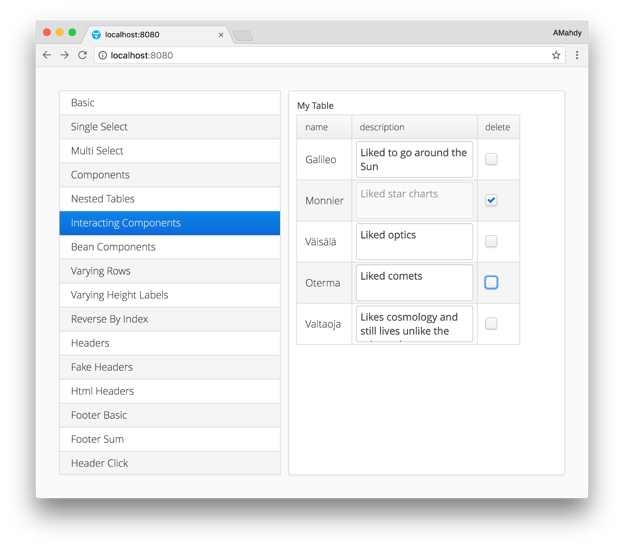 So stay tuned, in the next post I will be migrating some of those examples!

Which of those examples you want to see migrated first? Let me know in a comment below.