Year in Review from a Fresh Vaadiner’s Perspective 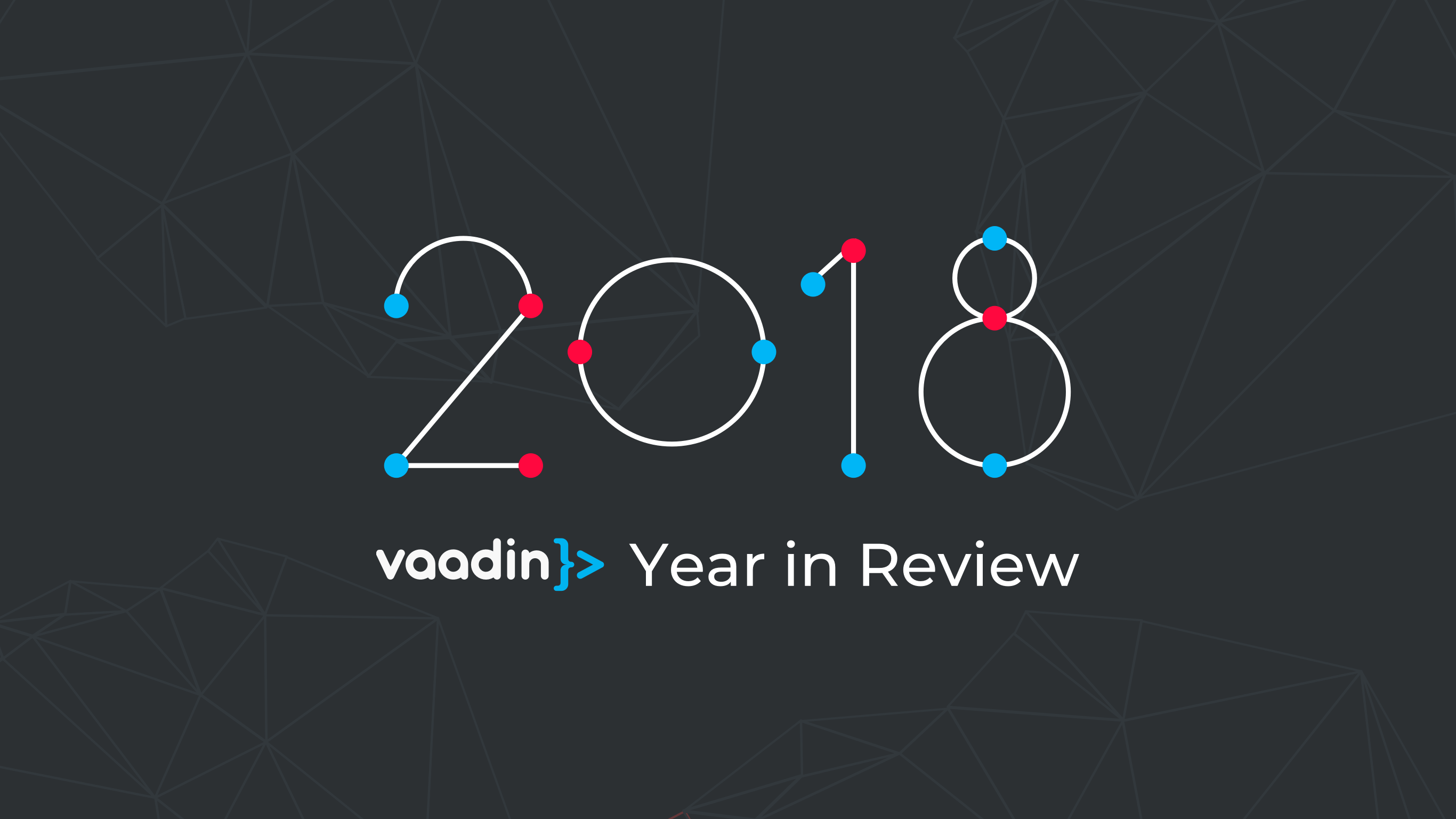 As another year of fighting for simplicity nears its end, we’re taking a look back at what we have done in 2018 and what the future holds in store for us. Even though I’ve joined the Vaadin team quite recently, I had the chance to witness some of the following developments first-hand. Read on to discover this year’s highlights!

So far, this year has brought major improvements in terms of browser support for Progressive Web Apps and business web apps, in general. Microsoft announced back in February that Windows would support PWAs, and Apple silently added support for Service Workers (a key part of PWA) in iOS 11.3. With browsers becoming friendlier with Web components and user needs changing constantly, the technology behind business web apps needed to evolve, as well.

From Framework to Platform

The most notable thing that we did in 2018 is the transition from the Vaadin framework (version 8 and below) to the Vaadin platform (version 10 and above). After being envisioned for a few years, Vaadin 10 was launched at the end of June. Besides improved modularity, the platform came with a refreshed look in the form of the Lumo theme.

On the Web Component side of things, we launched the Vaadin Incubator, a way for Prime subscribers to get custom components developed for their business web apps at half the price. In exchange, the components would become part of the Vaadin Directory and our company would retain the intellectual property rights.

The launch of the platform also came with a change in our release system. As such, we’ve moved from a release cycle to a release train model, with new versions coming out each quarter and an LTS (long-term support) version every year or two. This enables faster delivery of new features, also in terms of components and themes. The recently released Vaadin 12, for example, comes with a Material Design theme, better overall performance, and several often-requested Web components.

Vaadin on the Road

Not only have we gone on a Roadshow to put under the spotlight the new capabilities of the platform, but we’ve also attended a lot of events this year. Between 12 conferences including CodeOne, Devoxx Belgium and O'Reilly Fluent Conference, 8 Dev Days and 50+ talks, we have been busy this year sharing everything that makes Vaadin an ideal choice for business Web app development.

Another thing that we’re proud to have launched this year is the Learning Center. This is a place where Vaadin developers of all experience levels can find new ideas on how to overcome challenges or just on how to add new features to the business Web app that they’re developing.

A Glimpse Into the Near Future of Vaadin

Now that we have a long-term solid platform to build on, we’ll look forward to adding many new features in 2019. One of the most fundamental ones will be better support for client-side programming models, offline and stateless hosting. These features will first be visible as experimental Vaadin Labs releases and then integrated to quarterly Vaadin platform releases one by one.

As new versions of the platform roll in, it’s time for old versions of the framework to roll out. Thus, we have decided to end maintenance for Vaadin 7 in February 2019 after 6 years of service. Companies that still run a Vaadin 7 app can either switch over to Vaadin 8 (that has Vaadin 7 compatibility model built-in), jump to Vaadin platform (that allows running Vaadin 7 UIs as is with Multi-platform runtime) or extended maintenance with an Enterprise subscription.

Our passion is to keep improving both the DX of the Vaadin platform and the UX of the web apps built on it. As a part of this work, we will continue to develop the Learning Center by adding more and more technical tutorials based on the features and Web components that are the most relevant to Vaadin developers everywhere.

The Engine Behind the Platform

A year in review blog post could not have ended without mentioning the team that has made all of this possible. Over the course of this year, the team has grown and will continue to do so next year, to make the future tangible. 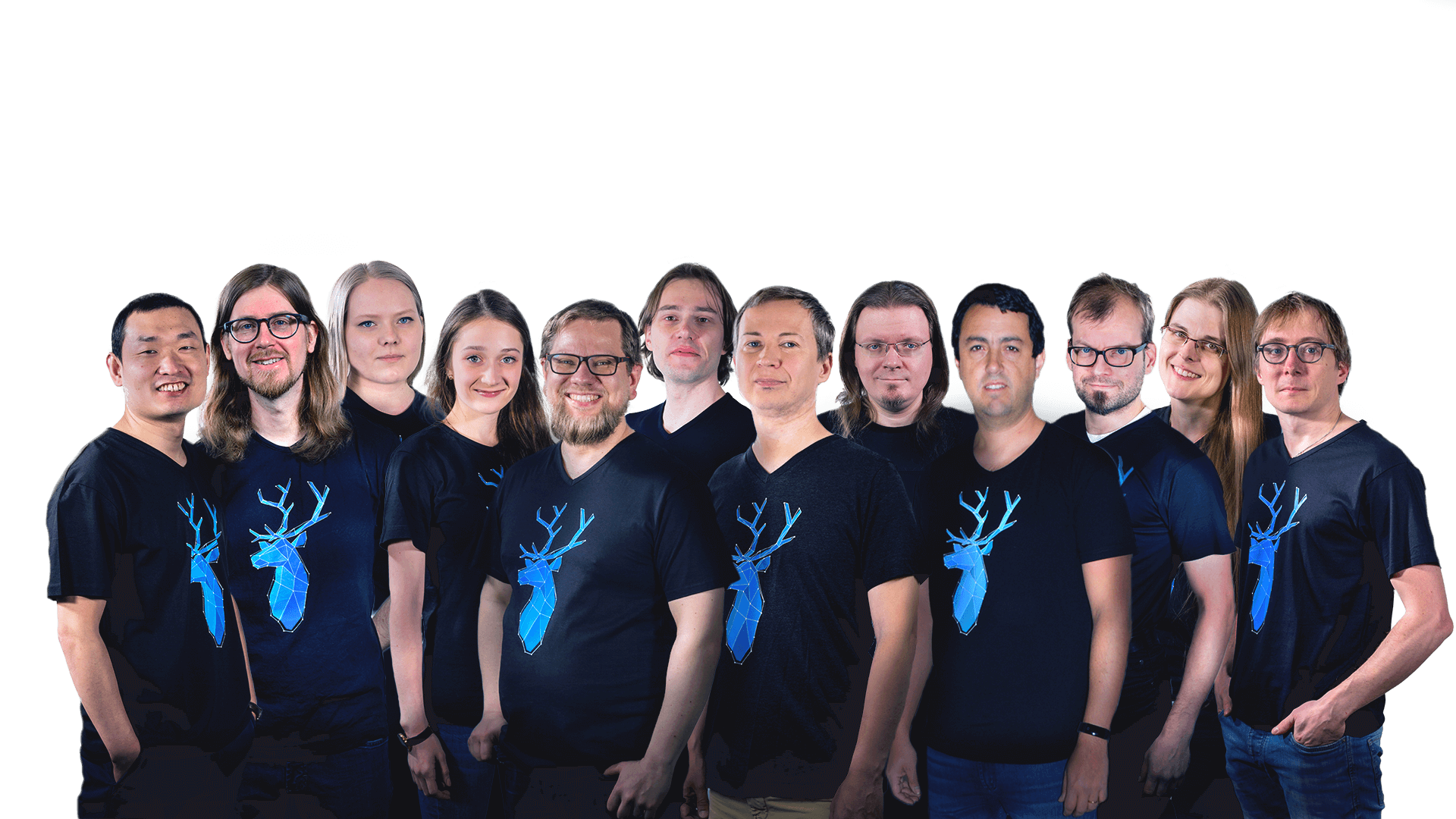 That being said, our 152 Vaadiners are sending you their best wishes for the New Year along with hopes that you will have a memorable holiday season!

vaadin-platform year-in-review vaadin-material vaadin-tutorials vaadin-roadshow
Alexandru Chiuariu
You haven't yet written a blog author profile for yourself. Go to My Account page to write a short description of yourself.
Other posts by Alexandru Chiuariu