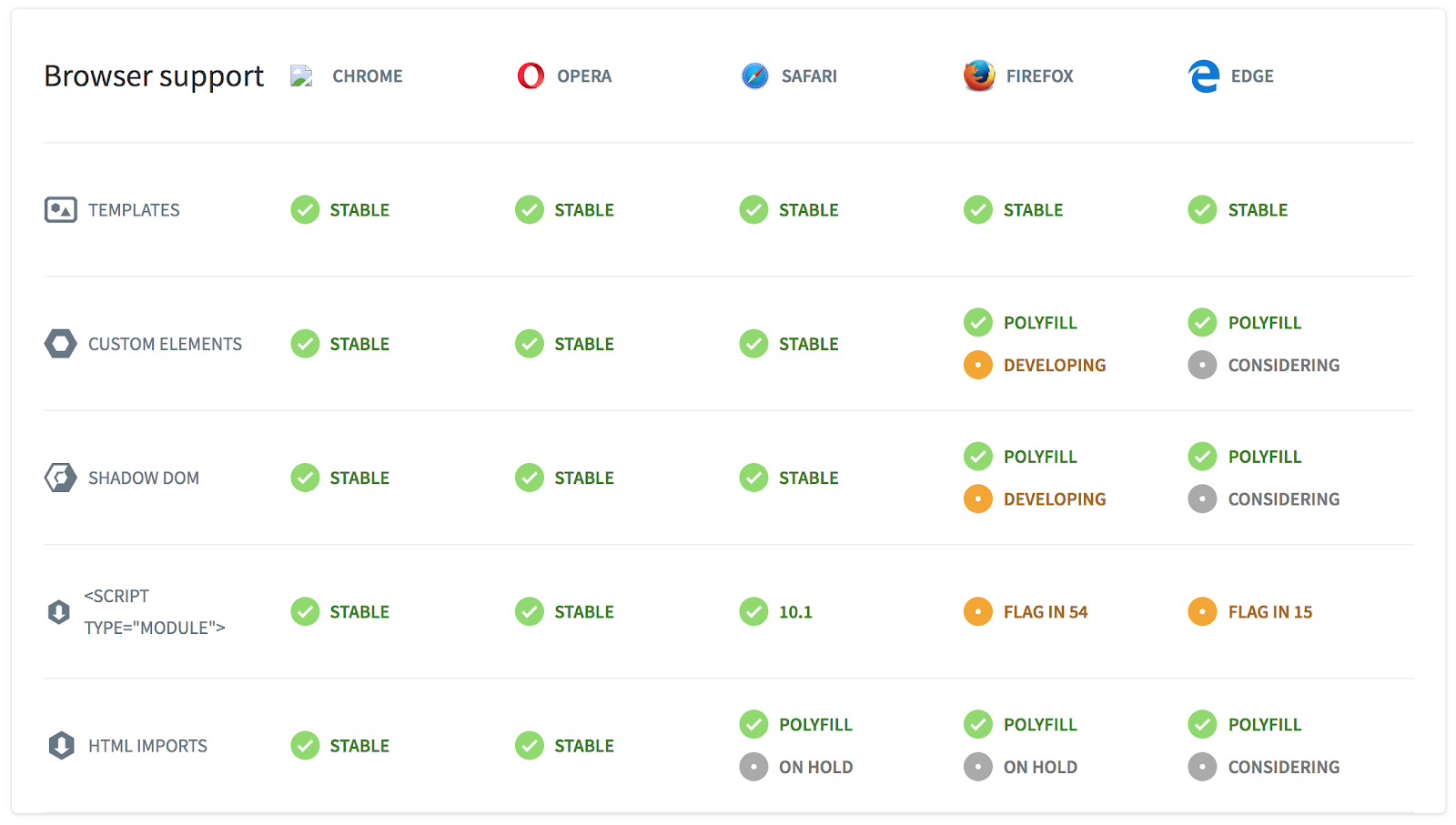 Alex Russell first introduced Web Components at the Fronteers Conference in 2011. He sketched a Platonic ideal of componentized web elements, a new feature which is ubiquitous and reusable.

2 years after, at Google I/O 2013, Google announced the release of Polymer. The way Polymer works is believed to set a new standard for the future of web development. The question has now changed from “Are we componentized yet?” to “When will IE provide native support for web components polyfill?”

This article will delineate the ecosystem of web components along with awesome statistics.

Let’s break the number down:

Having been on the scene for 5 months, I have accumulated a number of 696 elements tested (mainly Polymer 2). My test is about the element’s usability, design and browser compatibility. Let’s have a look! 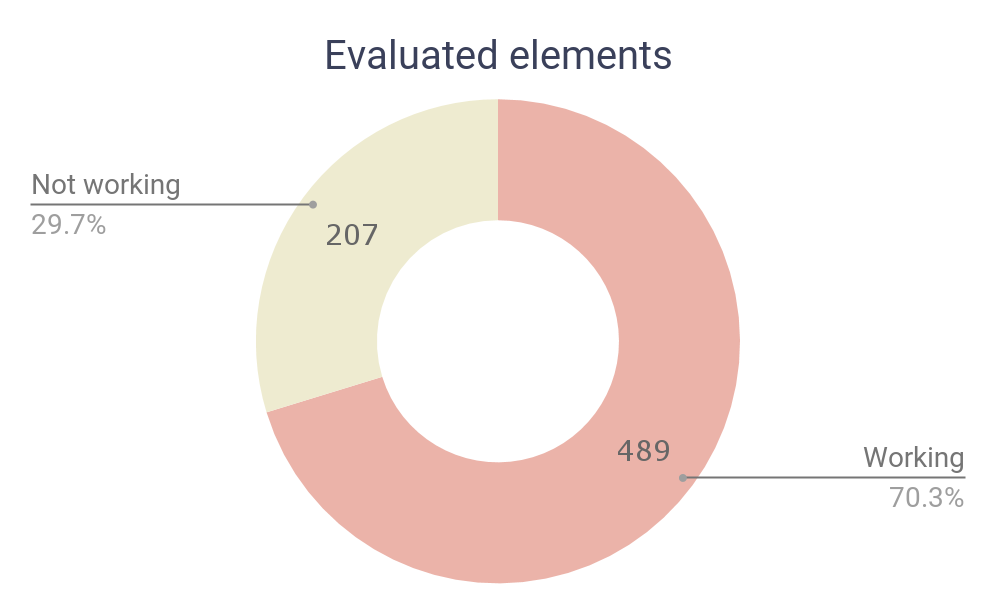 Out of 696 web components, 489 of them work and the rest 207 do not. Each has its own super duper cool live demo made ready for you to try in Vaadin directory.

*Unfortunately, no stats for IE11 and Edge yet, hopefully, there will be in the future

**I used experimental beta versions of browsers since they have the latest shiny stuff.

As the leading browser, Chrome undoubtedly aces the contest here. Using the same web engine as Chrome (Blink), Opera takes up the 2nd place.
Firefox seems to have the worst performance in comparison with the other competitors. This could be due to that polyfill support for web-component is not fully implemented yet.

Without any doubts, things have been revolving in favor of web components. More companies and technologies are betting on it. Why not go ahead and see one for yourself?