The State of Java 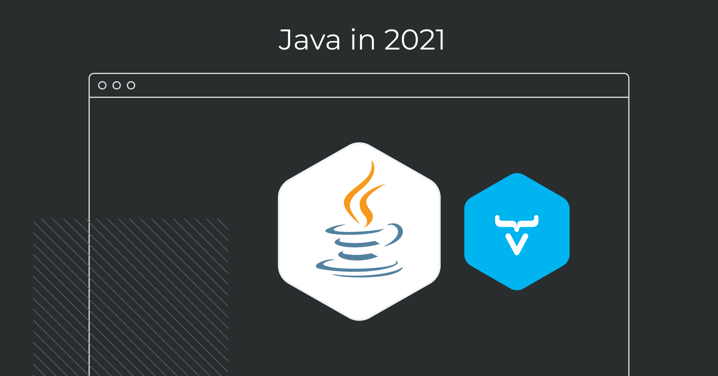 Java is one of the most popular programming languages, especially for enterprise applications. This post takes a brief look at its long history and where it is today.

The Java Development Kit (JDK) 1.0 was designed by a team lead by James Gosling and released at Sun Microsystems in 1996. It was later acquired by the Oracle Corporation, which currently owns it and recently released the 15th iteration of the JDK in September 2020. Sun Microsystems remains a subsidiary of Oracle.

The original purpose of the new programming language was to allow consumer electronic devices to communicate with each other; it has since grown to be the backbone of everything from self-driving cars to modern PWAs.

The name “Java” originates from an island in Indonesia where they have grown coffee since the 16th century. Apparently James Gosling applied the name while sipping a cup, after discovering that “Oak” was already copyrighted and rejecting names like “Silk” for the technology.

Having been in business for a quarter of a decade, Java continues to be widely adopted and actively updated.

The TIOBE Index ranks the most popular programming languages on a monthly basis. The number 1 spot is held by C, with Java currently fixed in the 2nd place, where it has been for most of its time.

You can read more about how the TIOBE Index collects data and defines the ranks on their website.

Another popular ranking index, the PYPL Index, ranks programming languages based on Google searches for tutorials. They also place Java in second place right under C.

The next LTS version is scheduled for release in September this year.

According to Oracle, there are currently 12 million developers using Java and 5 million students studying it. This results in a wide variety of different applications being produced with Java, such as:

Thanks to its broad spectrum of use cases and constant release of updates and new features, Java remains a popular skill in the job market. According to Kristen Felicetti, a contributor on the global job search site monster.com, Java lists as the number 1 skill tech companies are looking for in employment announcements.

Although Java might have started off as a language tailored to a niché market, it has grown into a massive ecosystem, with a vast spectrum of libraries and frameworks to program new technologies, such as AI and machine learning. The Java Virtual Machine (JVM) has even spawned new programming languages, such as Kotlin, Groovy, and Clojure, that keep gaining popularity and adding strength to the Java ecosystem.

This wide adoption and multi-purpose use of Java has also resulted in a strong community. The Java community helps other members build their software and paves the way for new apps and technologies to emerge from the world of Java.

Are you ready to start developing Java web apps with Vaadin? Our Learning Center is filled with free resources, such as training videos and tutorials, to help you get started!