Are Progressive Web Apps the future? 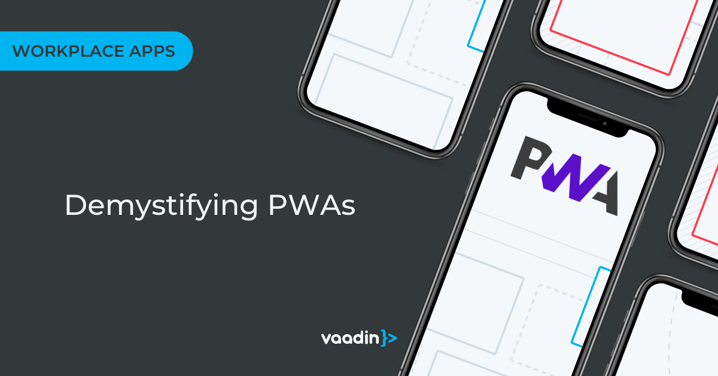 Today, mobile phones account for more than half of all web traffic. They have become mini personal computers found in the pockets of users, due to their portability, easy access to the internet, and the exponential growth of services provided over mobile.

Users expect websites to function quickly and seamlessly on any device - be it a smartphone, tablet, laptop, or the next big thing. The pressure is on for businesses to optimize their user experience for mobile.

Yet, the cost of developing, testing, and maintaining native applications for multiple platforms is at best unreasonable for most companies - especially if they are building apps for internal use.

Gartner predicts that by 2025, 80% of service organisations will abandon their native mobile apps due to failed user adoption. Now, with the rise of PWAs, they are becoming a more viable alternative to native mobile apps.

Why? Let’s find out. 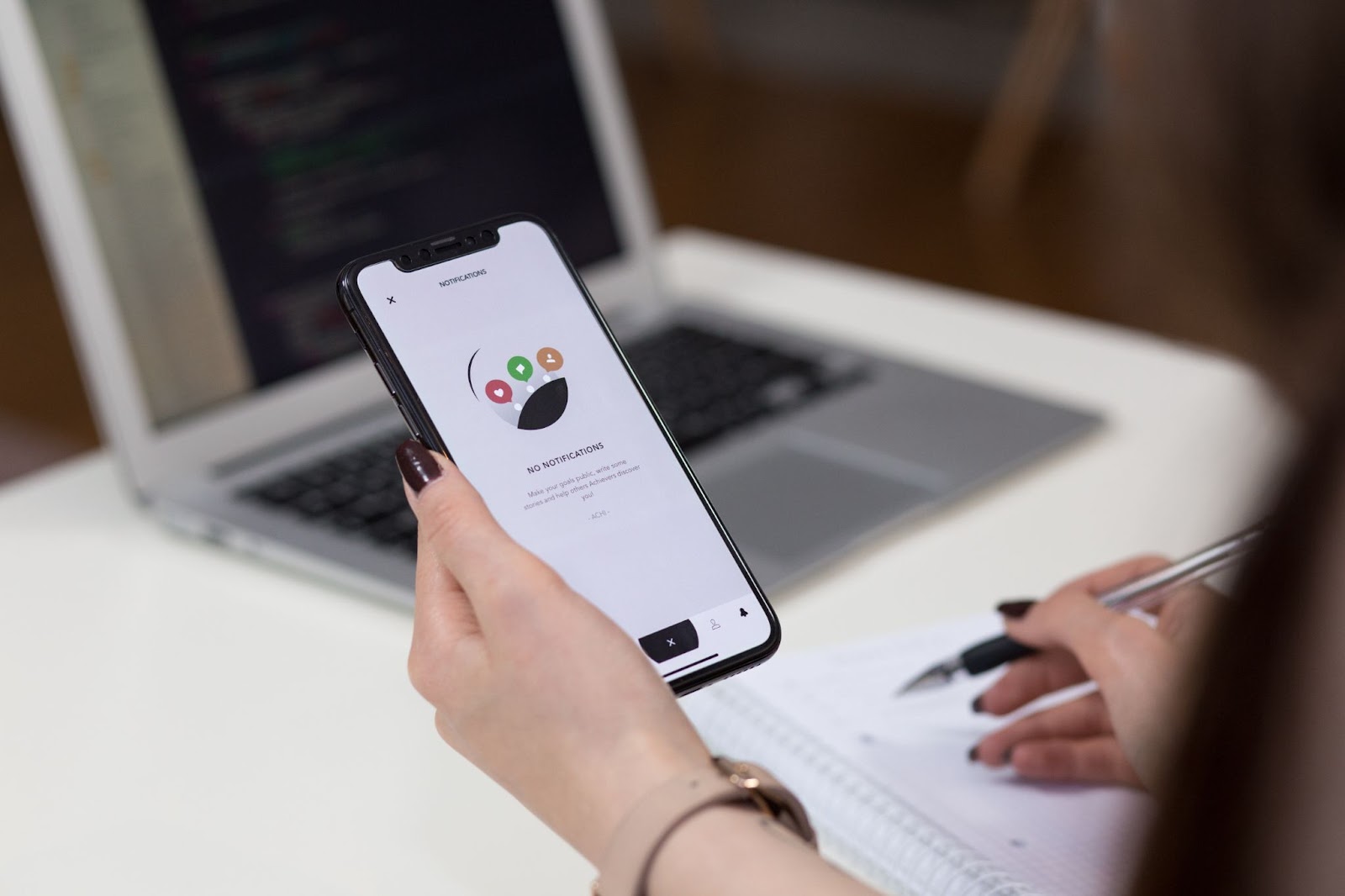 What are Progressive Web Apps (PWAs)?

PWAs were the brainchild of Alex Russell of Google and first appeared in 2015 as an alternative solution to native applications and to improve the user experience of websites on mobile devices.

But, hold up, what is the difference between modern web apps and PWAs?

Modern web applications is an umbrella term for an array of applications that follow modern standards in web development. They are apps that place performance and security at the forefront and offer features such as cloud computing, microservices, single page applications, and good UX.

Compatibility across different platforms is another key element in modern web app development - and that is where PWAs come into play.

PWAs are websites that use the latest web capabilities and provide users with a native-like experience and a user-friendly opt-in installation flow. Users access PWAs like normal websites, while receiving the benefits of offline usability, push notifications, and access to device hardware.

PWAs run self-contained, right in your web browser and the entire app experience is delivered via the use of web servers and code. That being said, several apps available in Google Play and Microsoft stores are now actually PWAs. Microsoft even uses Bing to automatically add quality PWAs to its store.

PWAs use Service Workers and caching APIs enabling developers build applications that offer the great UX of native apps, but with the frictionless access of the web. Service Workers allow PWAs to load instantly, even in areas of low connectivity. For example, the Chrome team made a Minesweeper clone as a PWA that runs super fast even on slow connections - think 2G. 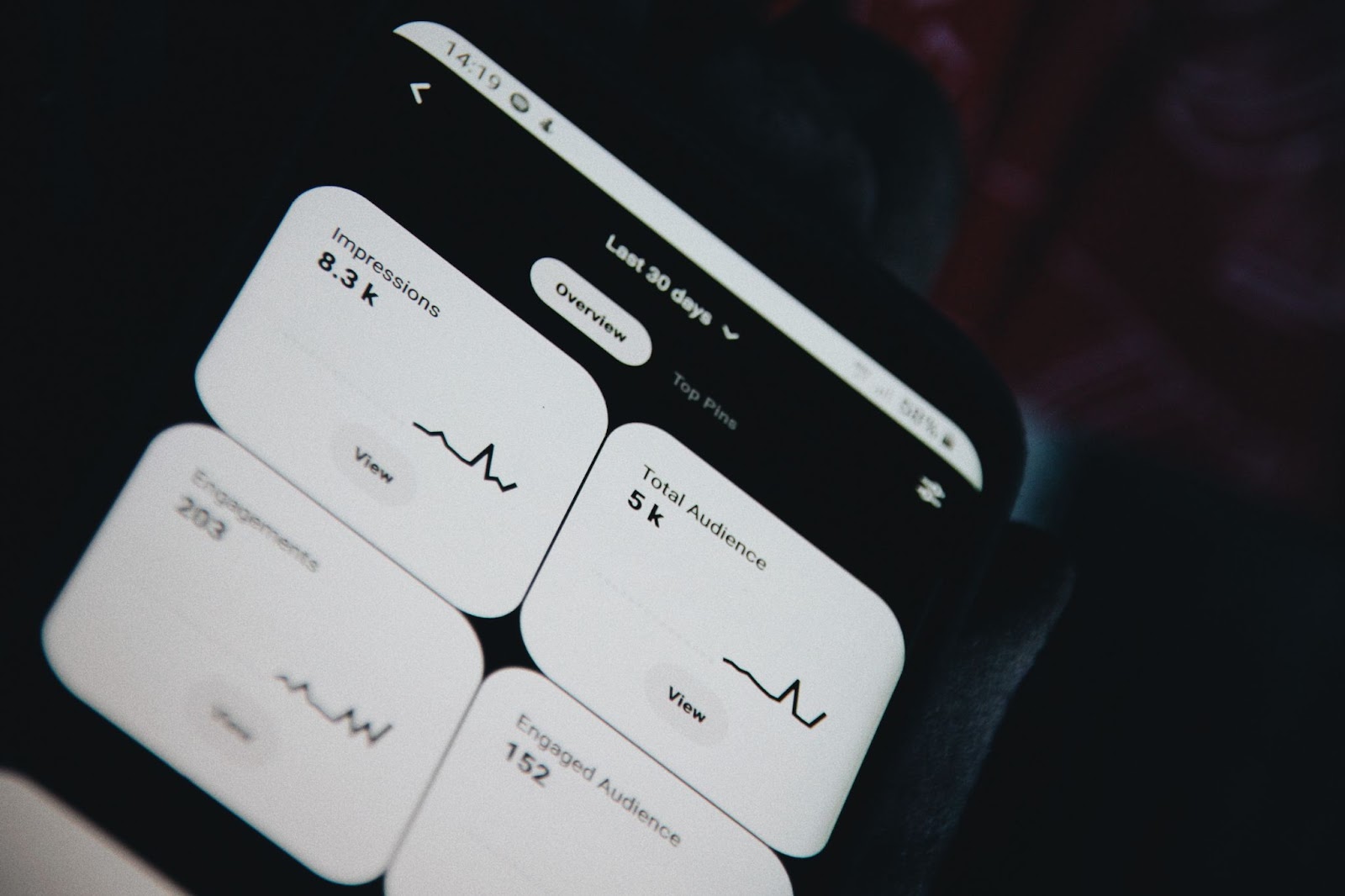 The features of a PWA

When introducing PWAs, Alex Russell outlined nine characteristics that have become the cornerstones in differentiating this new class of applications. For a web app to be classified as ‘progressive’, it should be:

If designed with the above features in mind, PWAs create a pleasant and frictionless experience for end users and customers, while driving engagement, and increasing customer satisfaction and conversion rates.

Why should you consider PWAs?

PWAs are championed by the big players: Microsoft and Google. All Android devices are PWA-compatible and Microsoft is building several of its next-generation apps, like Outlook and Teams, as PWAs. 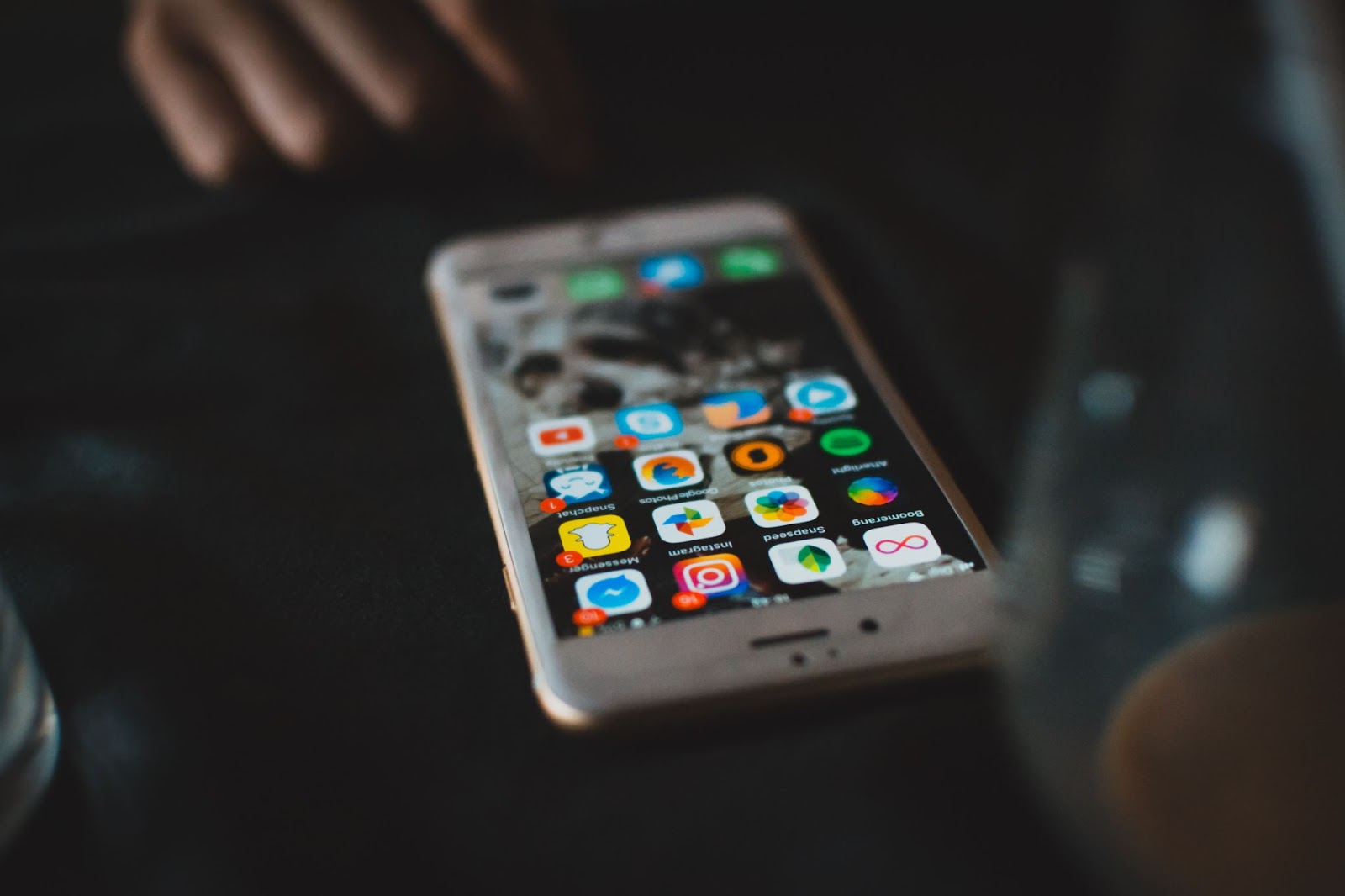 The user side of PWAs

Building a PWA instead of a native app makes a lot of sense, considering some of the following key facts about app end users today.

Getting a user to adopt your new app or make the switch away from a competitor is no easy task. Therefore, for a native app to be successful - and not be disregarded immediately - it needs to offer an exceptional user experience.

This can be a high bar for a business app to reach, as they often lack the luxury of the large budgets of consumer-facing apps. As a result, PWAs have become increasingly attractive to businesses.

What about the developer?

From a developer perspective, PWAs are also an economical solution, as they are more time- and cost-effective to develop and update in comparison to native apps. Better yet, only one version of the app has to be built, which can be displayed identically across all other platforms and devices, removing the hassle of a middle-man - the app store. In addition, updates can be deployed progressively without requiring any effort from the end user.

A business wants to develop an app that allows for frictionless communication between its internal staff and vendors that runs seamlessly on mobile devices, too. The average cost to build a good-quality app ranges from $60,000 up to $300,000+ per platform.

These costs, not to mention the time factor involved, are a significant, if not unreasonable, investment to develop such an app that serves a single purpose. 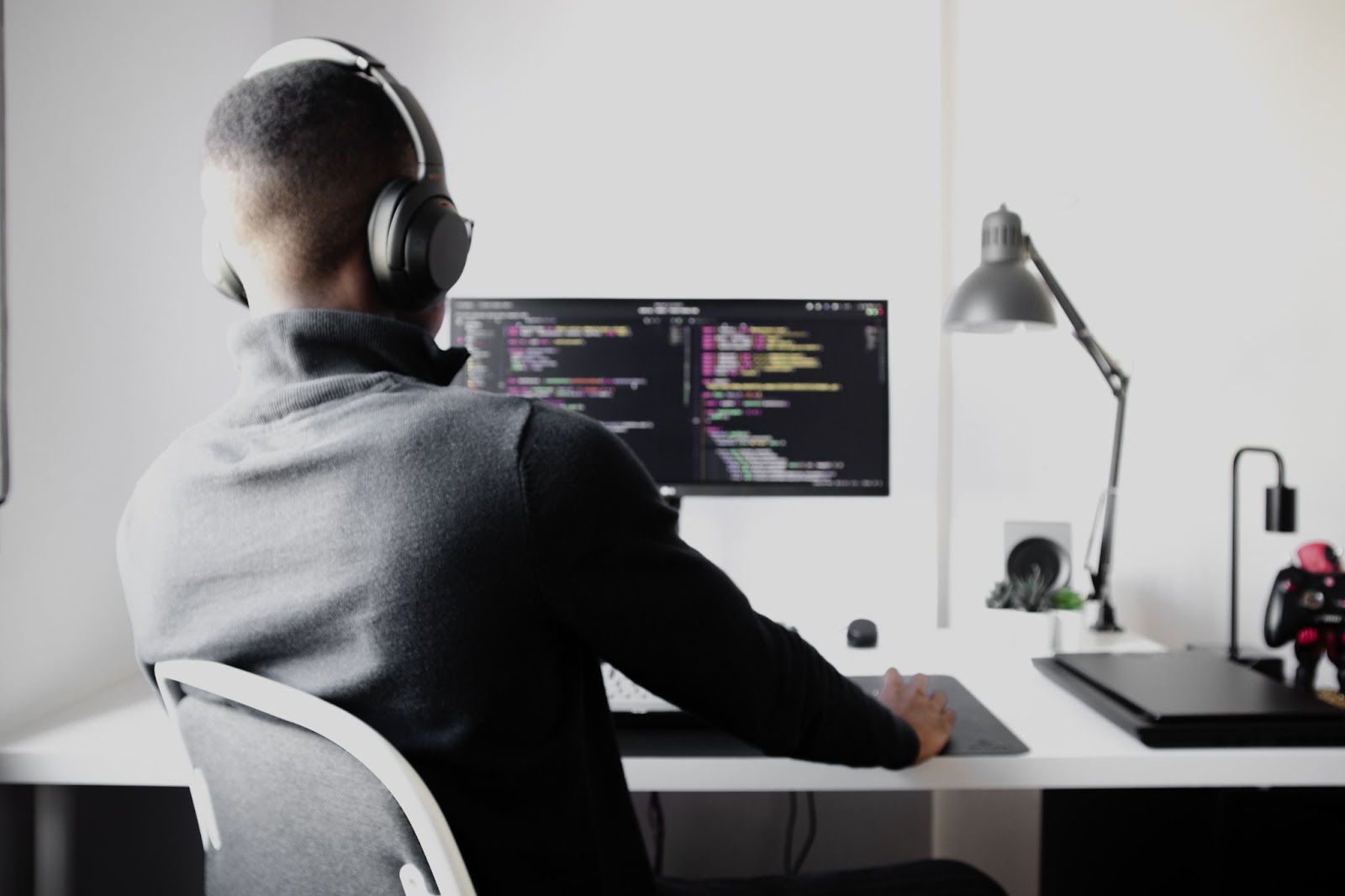 For this reason, more companies are embracing PWAs, due to their flexibility to run on multiple operating systems such as iOS and Android, low development costs, and their low data usage.

Businesses such as Alibaba, Pinterest, and Twitter have reaped significant benefits in their conversion rates by making the jump to PWAs and enhancing their web experience on mobile. Alibaba saw 76% higher conversions across browsers after switching to a PWA, while Twitter decreased their bounce rate by 20%. Twitter also significantly reduced the size of its app, going from 23.5MB of downloaded data to 600KB for their PWA.

Are Progressive Web Apps the future?

As such, PWAs fall under the spectrum of modern web apps and play a role in modern web development. PWAs may not be the best fit for every business use case, but as larger platforms like Microsoft, Google and even Apple are beginning to support PWAs, we can expect to gradually see more of these web apps crop up.

Businesses that opt for PWAs can stay ahead of the industry curve by offering the mobile-first approach that end users. Really, the power of PWAs comes down to enabling businesses to reach anyone, anywhere, on any device with just a single codebase while providing a great user experience for all.

Have a website that could be more mobile-friendly? Our quick, framework-independent PWA tutorial may be what you’ve been looking for. Or, dive deeper into the ins and outs of Progressive Web Apps with the help of our PWA Handbook.