Where is Vaadin TouchKit heading?

In this second post on mobile web application development and Vaadin TouchKit, I’ll be talking about the future of TouchKit.

With TouchKit 1.0 released, development focus will be switched to TouchKit 2.0. The biggest new feature in the following major release of TouchKit is support for building interfaces for the iPad. Even though the iPad shares many features with the iPhone, the larger screen makes it necessary to create interfaces that will efficiently use all the available screen space.

Users should not have to learn a whole new way of working and thinking just for one application. TouchKit 2.0 will therefore include some of the iPad design elements such as the pop overs and split panels, so that the applications created with it will have the same feel and logic as native iPad applications. 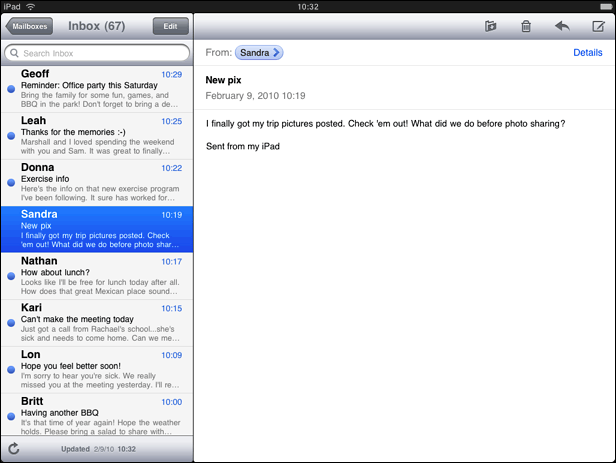 Using the current TouchKit or iPhone interface on an iPad would waste a lot of valuable screen space that could be used to display information to users. The current interface will of course still be a part of TouchKit 2.0, but as a navigation element in a split panel or pop over instead of taking up the entire screen.  This frees up a lot of screen space for showing content.

In order to provide an experience that will feel familiar to users, TouchKit 2.0 must also address the issue of scrolling Vaadin elements on a touch screen. Currently, content in panels has to be scrolled with two fingers on an iPhone or iPad. In order to give users a native-like experience, content should be scrollable with one finger like in other applications. Technically this is a bit tricky, since it interferes with scrolling in Mobile Safari. Fixing this will require overriding the default scrolling mechanism with a custom JavaScript implementation. An additional benefit of implementing one finger scrollable panels is that it will allow iPhone applications to have a static header that does not scroll out of view like it does now.

So, there’s still a lot of work to be done before we hit TouchKit 2.0, but the release will allow developers deliver even better user experiences to both iPhone and iPad users.