There are over 150 000 developers actively using Vaadin around the world, building awesome business applications for making their end-users' lives easier – but what do people really build with Vaadin? A handful of the applications are introduced at https://vaadin.com/success-stories but we wanted to try out something new.

Last week we concluded our competition on Twitter where we asked you to tweet a screenshot of your app and take part in a raffle for a t-shirt. I’m now happy to announce the winners:


This prestigious client gave me an opportunity to be Part f one of the Development Teams to work on Vaadin#vaadin #iloveVaadin #VaadinIsWow pic.twitter.com/7vcOtq7d5B


Used #vaadin for a leaderboard for #DayZ based on it's serverlogs.
Unfortunately I stopped developing so it's barely online.
Learned much... pic.twitter.com/It7GAazJGz

But let’s continue this! Tweet a picture of your app before the end of November with the hashtag #vaadinapp and you'll be in the raffle for a new t-shirt! 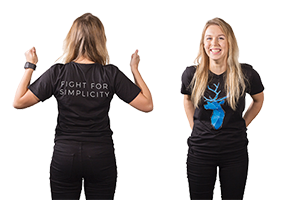 Julia Toivonen
Julia works as a Communication Manager at Vaadin. She does her job with a big heart and tries her best finding solutions to customers' questions.
Other posts by Julia Toivonen