Vaadin Framework 8 is out! 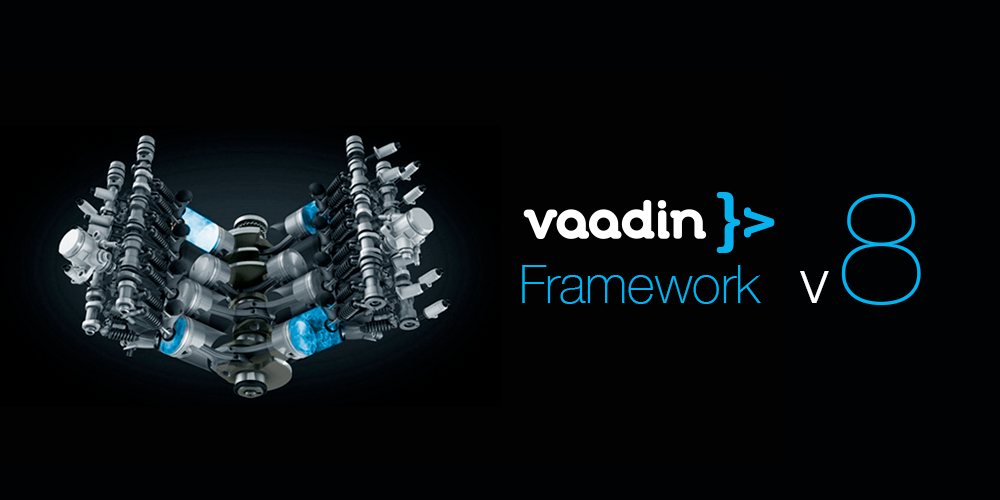 The long wait is over and I’m privileged to announce that Vaadin Framework 8.0.0 is released today! Version 7 was released over four years ago. Even though there have been 7 minor releases since the initial release, that have added countless of new major features, major releases are always more exciting. With them we can revise the core API and drop some legacy to gain more velocity for the upcoming “major minors”.

The new main features in version 8 are:

There are so many exciting new features that we can’t list them all here. Thus we created a separate page listing the new features with code snippets and screenshots.

What is new in Vaadin 8

Upgrading from Vaadin 7 in a snap

Some of the old time Vaadin users may remember some largish changes one needed to upgrade from Vaadin 6 to 7. This time, although we have touched the really core component APIs with some breaking changes, the upgrade is smooth as a baby's bottom. Vaadin 7 compatible component implementations and legacy interfaces like Containers are still there, but just moved to a separate compatibility package that should be used by projects upgrading from Vaadin 7.

To make the upgrade even easier, we have created a simple tool, available also as a goal in the Maven plugin, that automatically changes your current code to use these legacy components. Just run that, add the compatibility module to your build and you are running your app on 8.0.0. You can start taking advantage of the new features gradually, instead of going through all your code at once.

The only thing that could hinder your upgrade is add-ons. Luckily all relevant Vaadin add-ons and many community maintained add-ons are already available for 8.

Although Vaadin 8.0.0 brings in a lot of nice enhancements, it is also a basis for further enhancements. Dropping support for old JDK versions and unmaintained Internet Explorers, we’ll be able to deliver new things much faster. In the next minor release, scheduled already for April, we’ll add often requested hierarchy, drag and drop and component support to the Grid component.

Naturally we’ll also continue our regular bugfix releases, so in case you face “.0 bugs”, report them right away via github.

To learn more about the new and upcoming features, join our next week's “What’s new in Vaadin 8” webinar. Sign up now and pose questions of new features or what you’d like to see in upcoming releases.