Hello everyone! We’re happy to announce that we got a new release out. This one is called Vaadin 7.5. This is a good moment to have a look at what was just released.

First of all, have you met Vaadin Designer? It is one of the most exciting tools we have released in a long time and It is already out there for you. Indeed, the most important enhancements in the framework are to enable both declarative and visual editing of Vaadin UIs. You can even mix the two approaches.

Some new features were added to the framework's components along with support for the Designer. They are also available even if you are not using the Designer, but simply want to write your UIs in declarative markup by hand.

To help you get started and generate a Vaadin Designer compatible HTML from your existing application, you should take a look at it in debug mode (using the ?debug parameter in the URL). Check the new tab in the dialog to generate a declarative design by simply clicking a component in the view with your mouse. It’s easy to copy and paste markup from the server log to your IDE.

The new Grid component is quickly becoming the favorite component for Vaadin users, and that means a long list of wishes that we need to handle. While there are things that we will add in the future, Vaadin 7.5 already adds a couple of the most important ones. 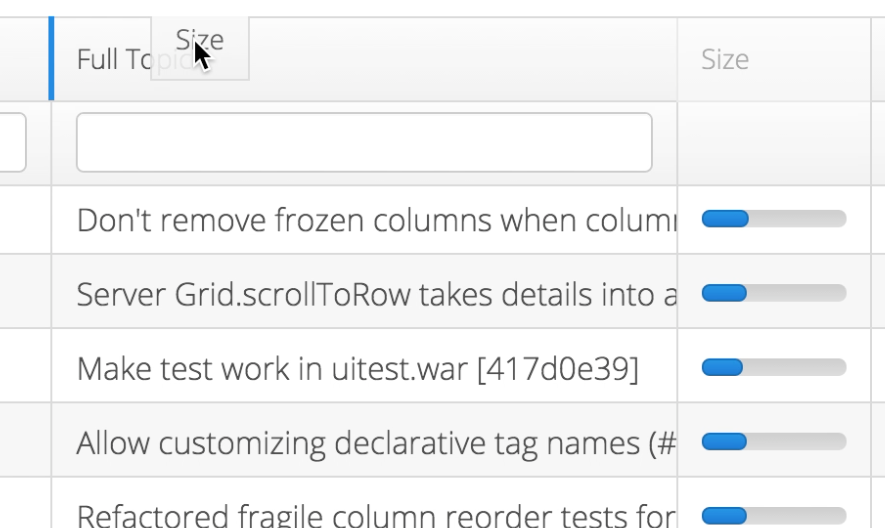 Column drag and drop reordering - One of the most asked for features has been letting the users rearrange columns in a different order than they were originally presented. This is now possible in the latest version of the Grid component. 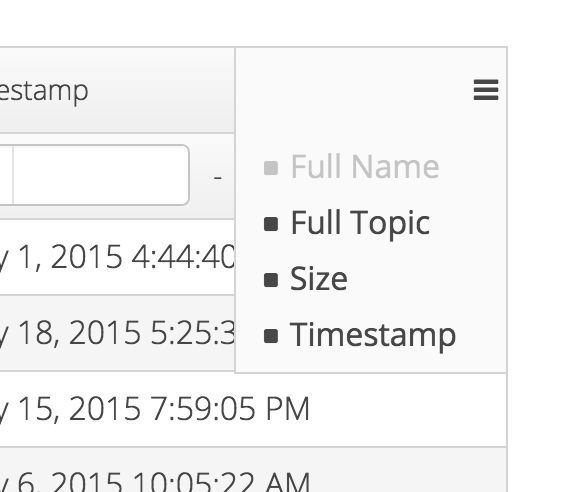 Add details for every grid row - For each grid row, you can add a “details section” that users can open. This is the perfect way to show some more data about a row without adding too many columns into your grid. This could be something like person details, expanded row editor, or like in the demo application, Git commit details.

Not just a “one-more-thing”, but there are many other enhancements and fixes that you might be interested in. You’ll find the full list of over 130 fixes and enhancements in the release notes, but I wanted to mention a couple of them here: