NOTE: This blog post is outdated and the report is no longer available.

After months pouring over and analyzing the data, we are proud to announce the release of the Web Platform Report 2017. This report is the result of a collaboration between teams at Vaadin, Polymer, and Skate. Together we ran a survey in the fall of 2016 and received 851 responses from developers of all stripes.

Last year, the developer relations team for Vaadin Elements noticed that there was not much information available publically about the actual usage of Web Components and Progressive Web Apps in the real world. We decided to reach out to teams at Polymer and Skate, each of whom have built web components libraries and tools. Each of our teams is passionate about the future of web components and we wanted to build the conversation about web components.

In autumn of 2016, our three groups collaborated on a set of questions that we thought would best cover the information we wanted to learn. We came up with 61 questions to cover everything from “what kind of developer are you”, and “who decides which technologies to use,” to “how would you change web components.” We balanced questions about developer practices with attitudes toward the web platform.

We then distributed the survey among web component creators and library authors and started collecting results. We added a message to webcomponents.org asking for responses. We also shared the survey link among stakeholders on Twitter and got a lot of visibility from being promoted at last year’s Polymer Summit. We were proud to collect 851 responses before the survey completed late in the fall. 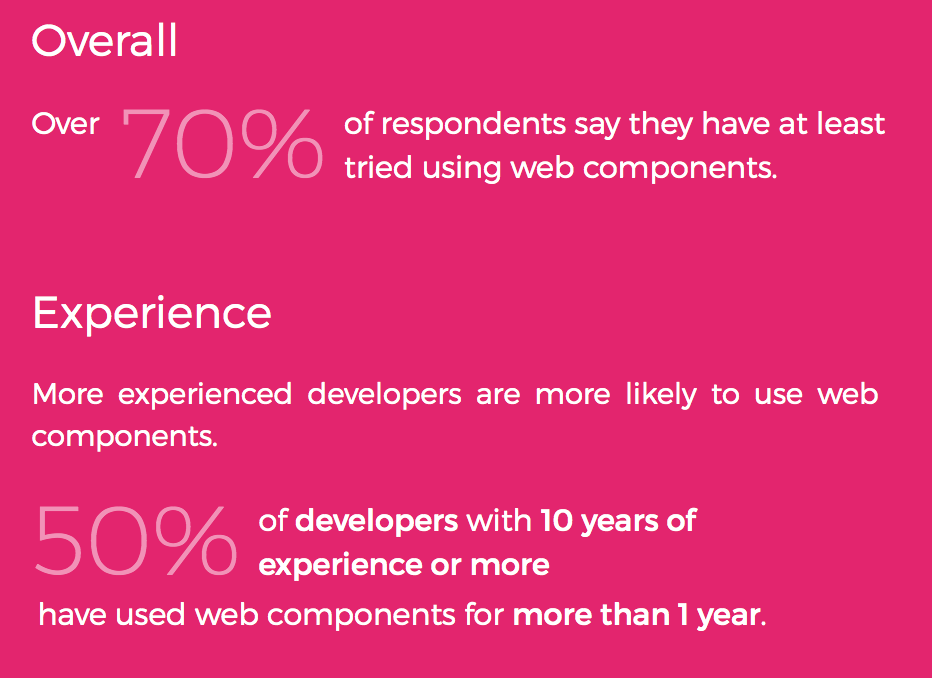 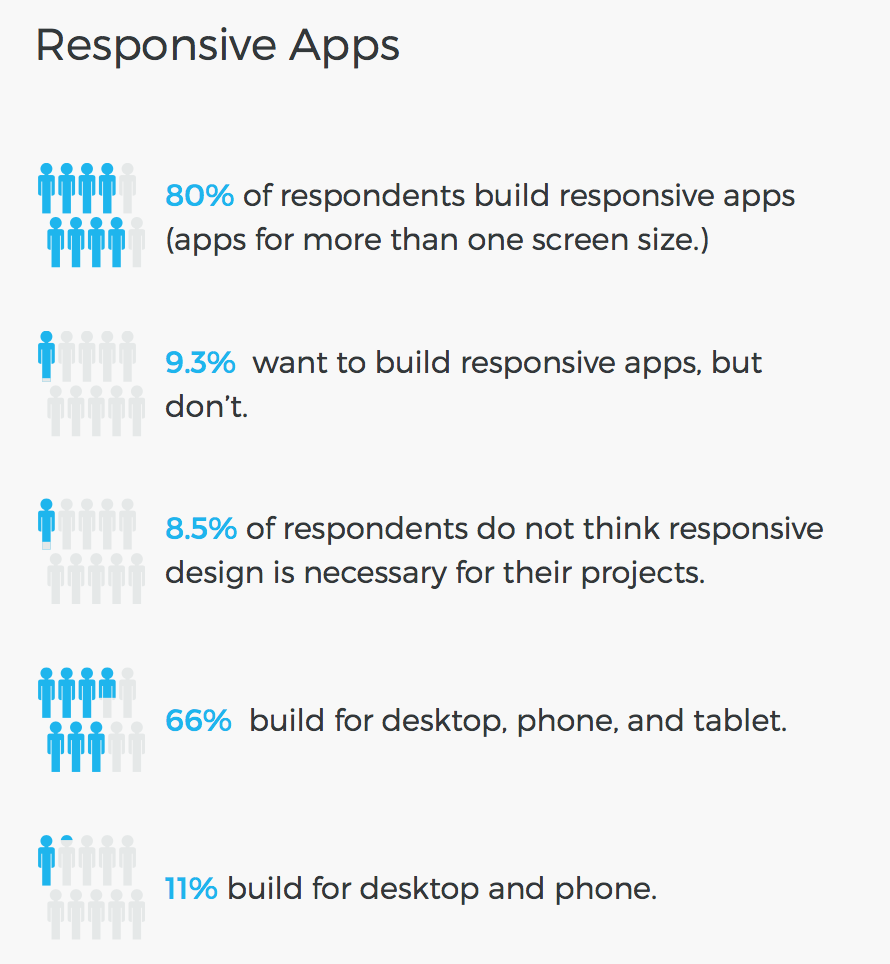