Progressive Web Apps on the Road

Progressive Web Apps have lately been the subject of a lot of discussion in the web development world. While some tout Progressive Web Apps (PWAs) as the future of the web, others are more skeptical, while the majority of developers probably don’t even know what they are! Progressive Web Apps are an emerging technology that is already ready for business today with Vaadin Elements through a framework such as Polymer. It will certainly be the future for any framework - including Vaadin Framework in the very near future.

To further explore the world of Progressive Web Apps, my colleague Marcus and I had the great pleasure to go to a few PWA focused events in the past week, and I even got to speak about them.

What are Progressive Web Apps?

“Progressive Web Applications are a new level of caring about the quality of your user experience.”
--Chris Wilson, Developer Advocate at Google

Last week, Marcus and I attended the Progressive Web Apps Roadshow, which toured the country and the world this autumn. Run by the Google developer relations team, these events were well organized and very informative. The event was split into two parts: a series of talks followed by codelabs. At Vaadin we have been closely tracking Progressive Web Apps, but we still learned a lot from this event. There was a strong focus on PWAs as -quality- applications. From the talks, we learned how to bake in security and and performance rather than leaving those as nice-to-haves. After the presentations were a series of codelabs, which were really useful, especially since we could ask follow-up questions of the facilitators.

Try the codelabs yourself at the Google Developers Codelabs page

Vaadin is committed to enabling developers to create powerful web apps, and we are going to put a lot more energy into teaching and presenting Progressive Web Apps as a better way to make web apps. 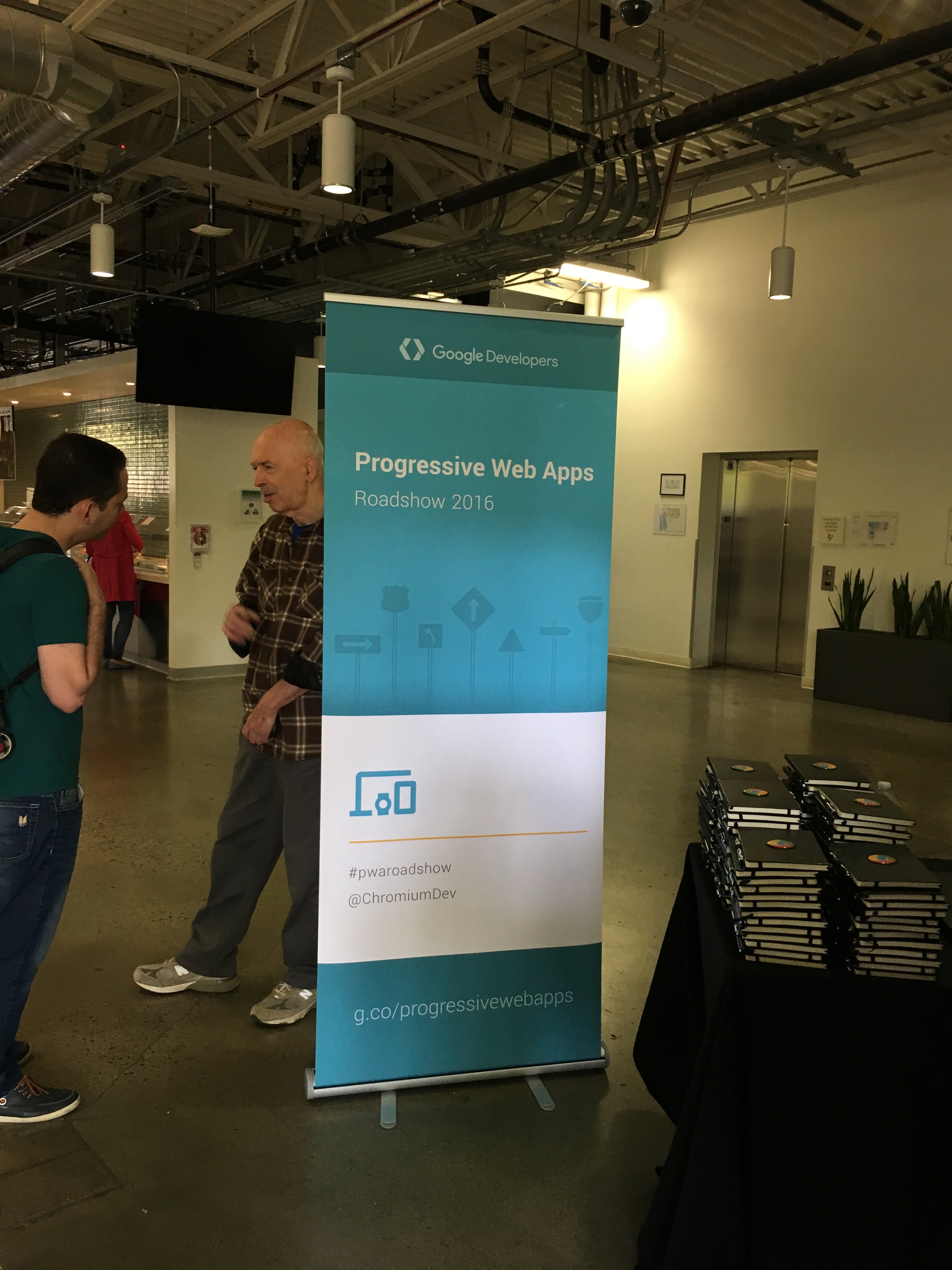 The following weekend I spoke at the GDG Devfest event in San Francisco, one of a number of events happening this Autumn. It was a great event with a really diverse set of people from all levels of education, experience, and industries.

My talk was fairly well received, but as expected, there is still quite some confusion about what Progressive Web Apps are and why someone would build them. The Q and A session after my talk was quite lively and I took many great questions to hopefully elucidate some of the finer points of PWAs. I will also be giving my talk at the GDG Devfest event in Orlando this November, so it’ll be great to talk to even more people about Progressive Web Apps. 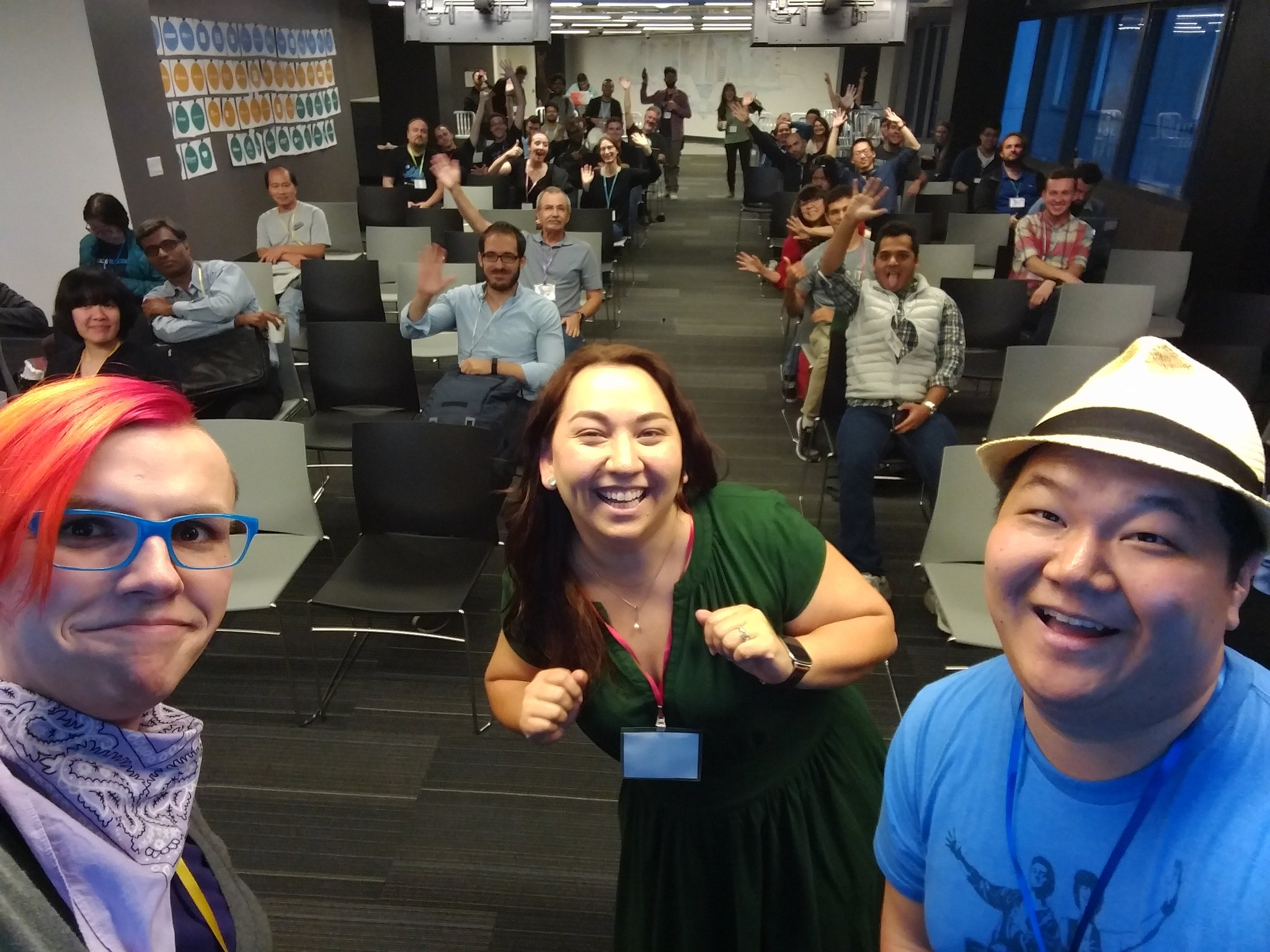 Then this past Monday, Marcus and I went to a Progressive Web App workshop hosted by Microsoft and Mozilla. While much of the conversation today about PWAs has come from Google, it was really wonderful to see the work Microsoft Edge and Mozilla Firefox teams. At the workshop we learned about service workers from some of the people who are actually on the specifications committee! Most of the workshop was codelabs, but there was plenty of time for us to mingle and make connections in the Progressive Web App world. Sometimes it’s not merely about what you learn at these events, but who you meet and can collaborate with in the future. It’ll be great to hear more about Progressive Web Apps from the Mozilla and Microsoft teams. 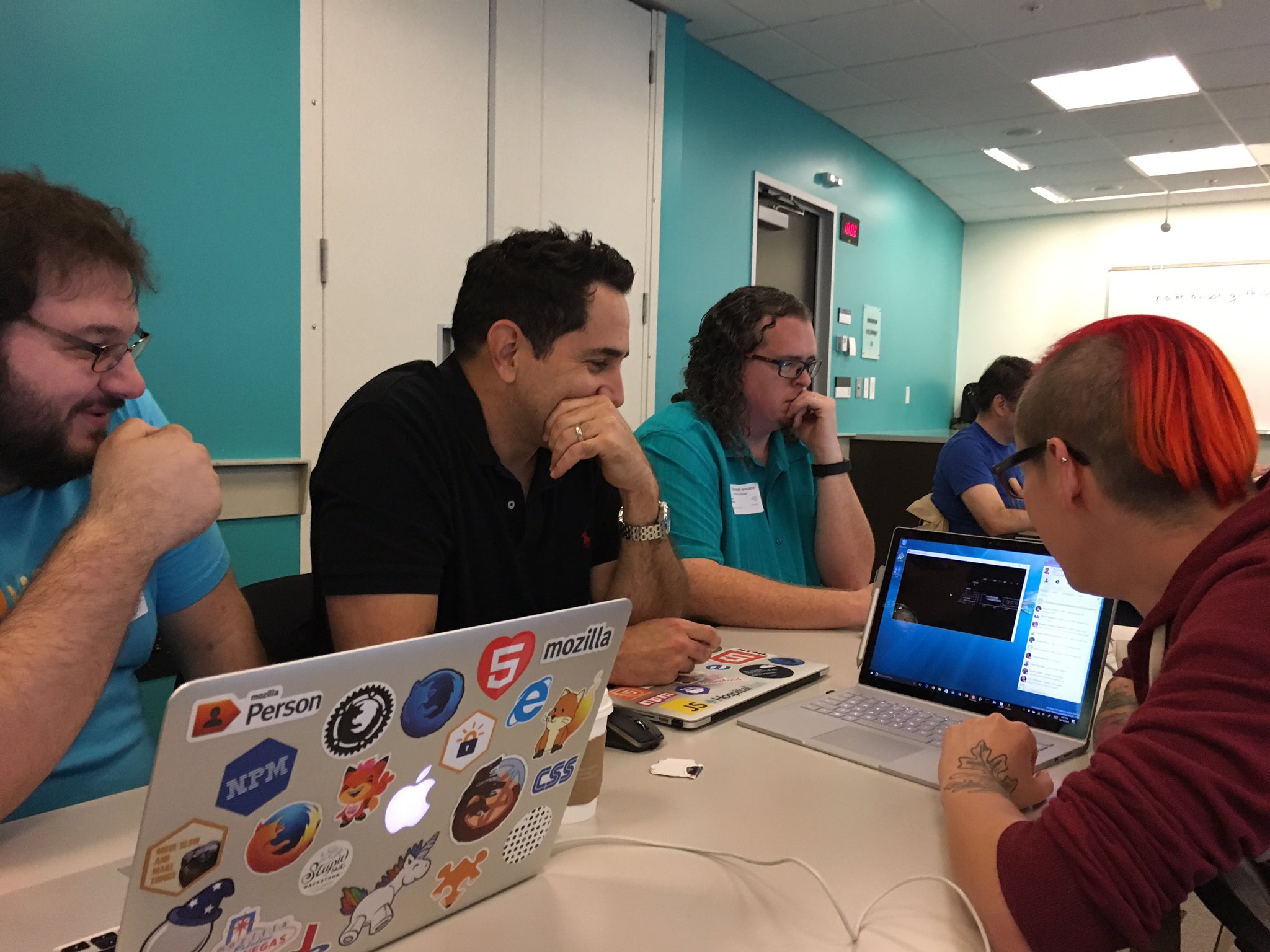 PWA Workshop with Mozilla and Microsoft