In this month’s Community Spotlight, we want to introduce the winners of the competition and showcase the cool projects they did. Both teams created impressive apps that show how PWA technologies can be used to create apps that work well, even in poor network conditions, and integrate with the operating system. 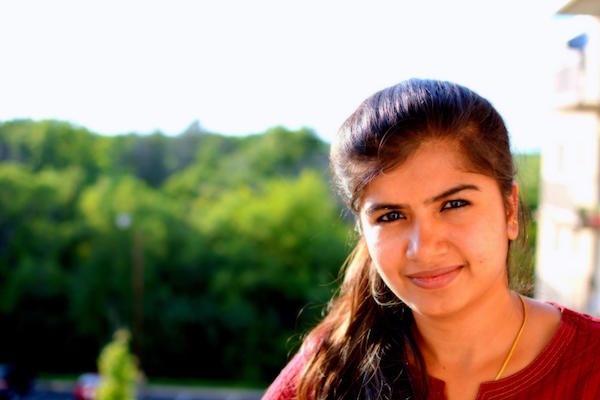 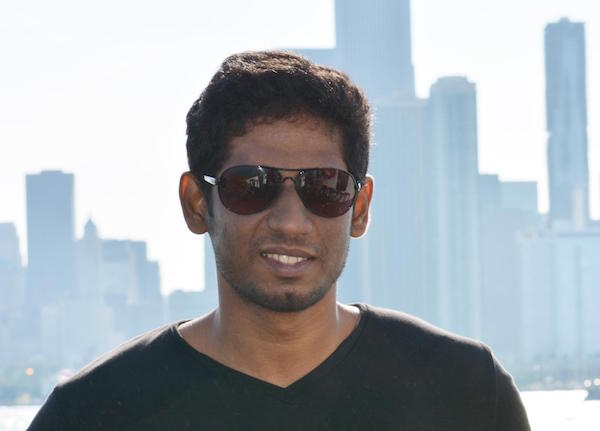 Aarthi Narayanan and Anand Aravindan are both developers living in Chicago. For their project, they built an impressive real time stock screening app, https://realtimestockscreener.com

Anand explains that the project was "designed to help the Intraday traders to use custom defined strategies using JavaScript". The app allows the user to write and debug their own screeners to monitor real time stock data.

The app was built using Polymer, Redis, Nodejs and RethinkDB. You can find the source code on GitHub, if you’re interested in looking into how it was built: https://github.com/anandanand84/pwa-competition

The second winning team came from Spain. Abdón Rodríguez Davila and Ismael Faro Sertague are both active in the Spanish GDG. For their winning project, they wrote a new GDG Spain site using Progressive Web App technologies. Their app is up on a staging server for some final tweaks before going live: https://gdg-es.appspot.com. I had the pleasure of meeting both Abdón and Ismael in Amsterdam for the PWA Developer Summit where we learned a lot about upcoming technologies and were able to talk with developers from Google and other browser vendors. 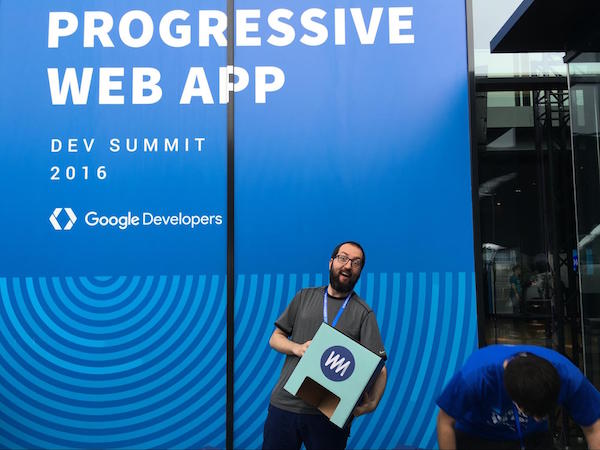 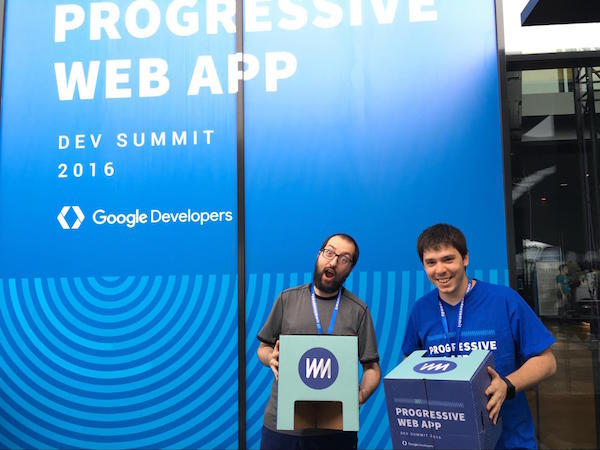 Ismael (left) and Abdón (right) at the Progressive Web App Summit in Amsterdam.

The Vaadin team would like to congratulate both winning teams! If PWA got your attention, we have an upcoming webinar about it soon.