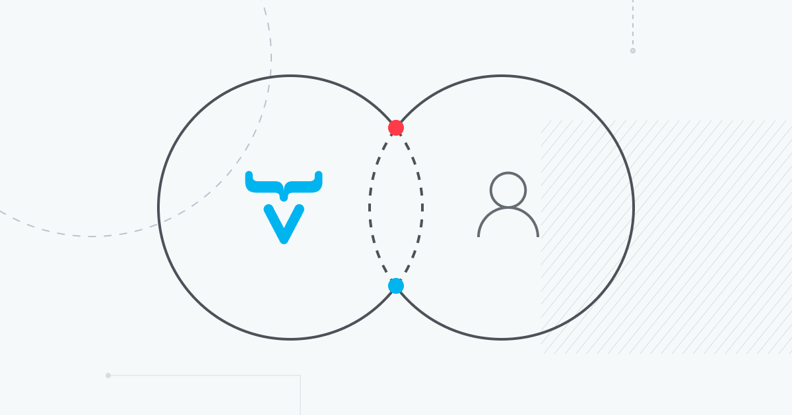 The Vaadin Community Spotlight series highlights amazing developers and businesses in the Vaadin community, and provides insight into their latest and greatest projects. Our first article takes a look at how Ben, a software developer based in Canada, is using Vaadin to drive digital transformation and modernization in the waste management practices of the oil & gas industries.

Ben St. Pierre is a talented software developer, consultant and Vaadin enthusiast based in Calgary, Canada. He specializes in Java and C#, but due to his great enthusiasm for the language, he considers himself primarily a Java developer.

After discovering Vaadin 6 while working for a tech start-up in the point-of-sales (PoS) industry, it quickly became his framework of choice. Ben saw the potential to apply this technology in the oil and gas industry-- and has never looked back.

Ben is currently a co-owner of Sferion Corporation, which caters to a wide range of SMB and enterprise clients in the oil & gas industry, including the widely-successful Galatea Technologies. 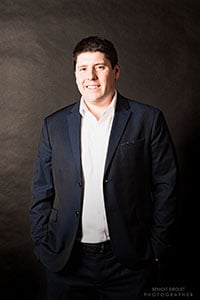 “We are looking to move from Vaadin 8 to 14 with the Vaadin MPR. We feel that unlike other tech stacks, Vaadin takes care of the migration path much better.”

He is currently working with Galatea Technologies to further develop, market and improve an innovative Waste Coordinator application that he built using Vaadin 8.

Sferion Corporation’s vision is to enable digital transformation across the natural resource industries. As Ben puts it:

“In natural resource companies, the gap between what is possible in software and what people actually use, has been growing for decades, we wish to close that gap”.

According to Ben, a vast majority of multimillion dollar oil & gas companies still run their operations using spreadsheets and decidedly low-tech methods. Sferion is dedicated to conquering this niche, by using Vaadin to increase the appetite of these corporate giants for digital transformation.

Galatea Tech is a Calgary-based software company focused on providing customers with the tools they need to successfully harness their data to optimize their business and increase cost savings. Sferion does consulting for Galatea, and Ben is currently focused on further improving Galatea’s flagship Vaadin-based Waste Coordinator app. This app is also responsible for Galatea’s nomination in the “Startup of the year” category of the prestigious Canadian TecTerra awards.

Oil & gas waste management and disposal is one of the most complex challenges facing businesses in the industry. A myriad of problems compound the frustrations and inefficiencies of this critical and highly-regulated process, including:

Built using Vaadin 8 and Java, Waste Coordinator was developed to be the first web-based geospatial application that calculates the optimal disposal decision on every oilfield waste and water load. It caters to both oil and gas companies that require regular disposal services, as well as disposal facilities.

Ben was initially asked to build the Waste Coordinator application by a client that owned a fleet of disposal trucks, who was looking to build an app to better coordinate waste removal from the field, in the hope of maximizing profits.

After rigorously evaluating the requirements of the project, Ben opted to use a tech stack centered around Vaadin, because of its ability to easily and affordably build platform-agnostic web applications that:

The final tech-stack choice was:

The time-sensitive nature of the project also made Vaadin the best choice. According to Ben, Vaadin allowed his team to go from a “napkin” concept to a functional technical demo within a month. They soon secured funding and began work on the project. Much of the original prototype code is still in use today.

“We could never have gotten this far without Vaadin.  Bringing a product from concept to commercialization this quickly is simply not possible with other technologies.”

Ben and the team started the development process with the open-source version of Vaadin, but ultimately updated to a premium subscription in order to use Vaadin’s convenient and extensive Charts library.

Unfortunately, as the application neared fruition, the original client withdrew, due to external market factors, and the future of the project looked largely uncertain.

However, several investors who had seen the Waste Coordinator prototype application were sufficiently impressed with its performance, functionality and clean UI. They ultimately purchased the rights to it, and Ben joined the newly-formed company (Galatea) as a part-owner.

The case for server-side architectures in enterprise web applications

Ben concedes that the same project could have been built on the frontend using a framework such as Angular, React, or Vaadin’s very own Fusion (that has since been released). However, he firmly believes that building on the server-side offers several key advantages that make it better-suited for information-dense enterprise applications powering mission-critical workflows.

According to Ben, client-side technologies do have their place in enterprise development, especially for large customer-facing applications that prioritize offline support. Despite this, in his experience, the majority of enterprise applications:

Building this type of enterprise application using a client-server architecture, introduces complexity and results in more moving parts to keep track of, such as the accuracy of calls to the client. From a big-picture perspective, the value added for the user, does not outweigh the decrease in developer productivity and security, and this makes this architecture pattern unviable.

Ben explains that developers often talk about the time/space complexity of algorithms in an attempt to keep their software running smoothly. What they often overlook, however, is the time/space complexity of scaling a development team and maintaining a codebase. Vaadin's server-side framework allows your developers to generate features and maintain an application that scales linearly: this keeps your budget and culture in line with your business.

What’s next for Sferion and Waste Coordinator?

Ben and his team are currently working on upgrading Waste Coordinator to Vaadin 14 using the official multiplatform runtime (MPR) tool that allows a phased, controlled migration with predictable costs.

In addition, Sferion is also in the process of developing a Vaadin 14-based digital oilfield management/reporting platform, which will launch in 2021.

Ben is primarily a Java developer, who will be well-served by our future versions of Vaadin, which will continue to deliver exciting new features to our community, including the:

Stay tuned for more updates and sneak-peeks-- things are going to get very interesting in the coming months!

Get started with Vaadin.