A better way to build UIs: An introduction to design systems 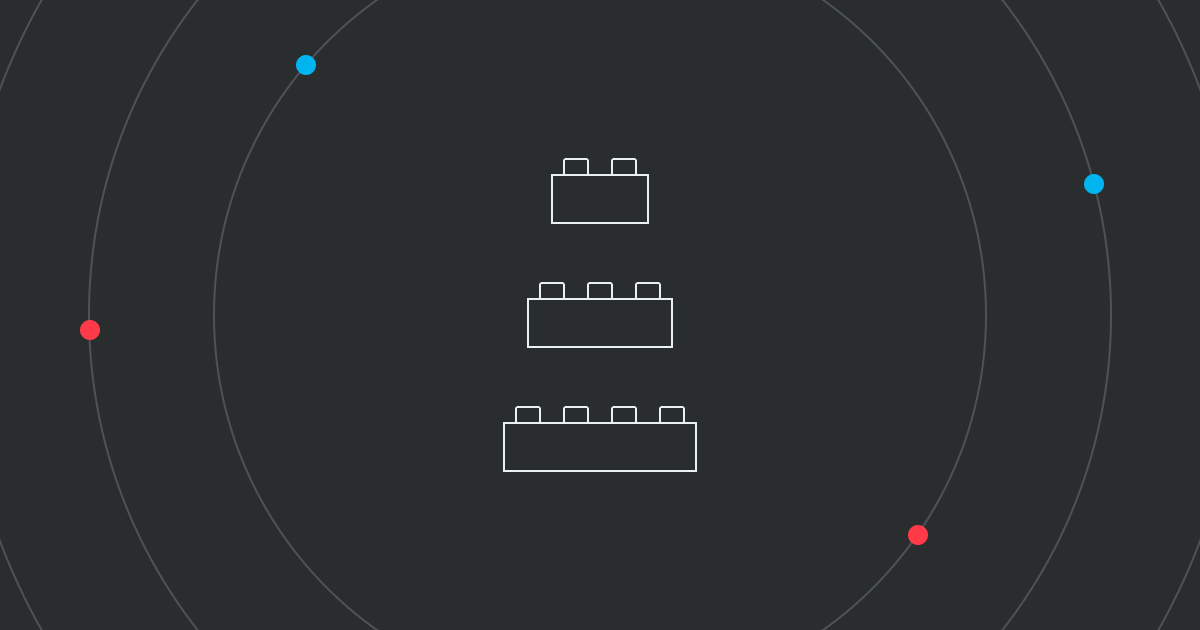 Unfortunately, the concept is often presented in a highly abstract, poorly defined and ill-explained way.

If this is what you think, this article is for you.

Read on to learn what design systems are, how they can help in the context of application development, and how developers can use Vaadin's new design system to maximize efficiency and productivity across web app development projects in the enterprise.

This introduction was primarily written with developers and business owners / executives in mind, although it is suitable for anyone unfamiliar with the concept of a design system.

What is a design system?

A design system answers this question: How do you create consistent, scalable UIs throughout an organization?

In its simplest form, a design system consists of design assets, governed by a set of guidelines and principles. In practice, this means that a design system should, at the very least, have:

In essence, a design system is an evolution of the component-based UI development model that has been made popular by frameworks such as Vaadin, React and Angular.

How is a design system different from a component library?

The key difference between a typical component library and a design system is that the latter also has documentation, guidelines and standards on how to use the components, as well as assets for designers that correspond 1:1 with the components.

Why use a design system to build your next UI?

A design system allows developers and designers to compartmentalize UI elements into fundamental building blocks, and includes documented, clear guidelines on how they can be combined in a variety of ways to build UIs that are consistent and provide good usability.

Imagine this: Teams can move away from multiple variations of a single “submit” button, each with its own largely similar, but inconsistent, styles and behaviors, that need to be updated, maintained, documented and edited individually.

Using a design system, designers and developers can focus their efforts on crafting and documenting a single, well-designed version of the button that works with all relevant form factors, on all platforms. Following this, teams throughout the organization can easily use it in multiple projects, while drawing inspiration from the same documentation for related tasks.

Need to tweak a behavior, change a color, or add a shadow to the button? A designer can iterate using the design kit, and hand it off to any developer, who can simply edit the component and update the implementation once. 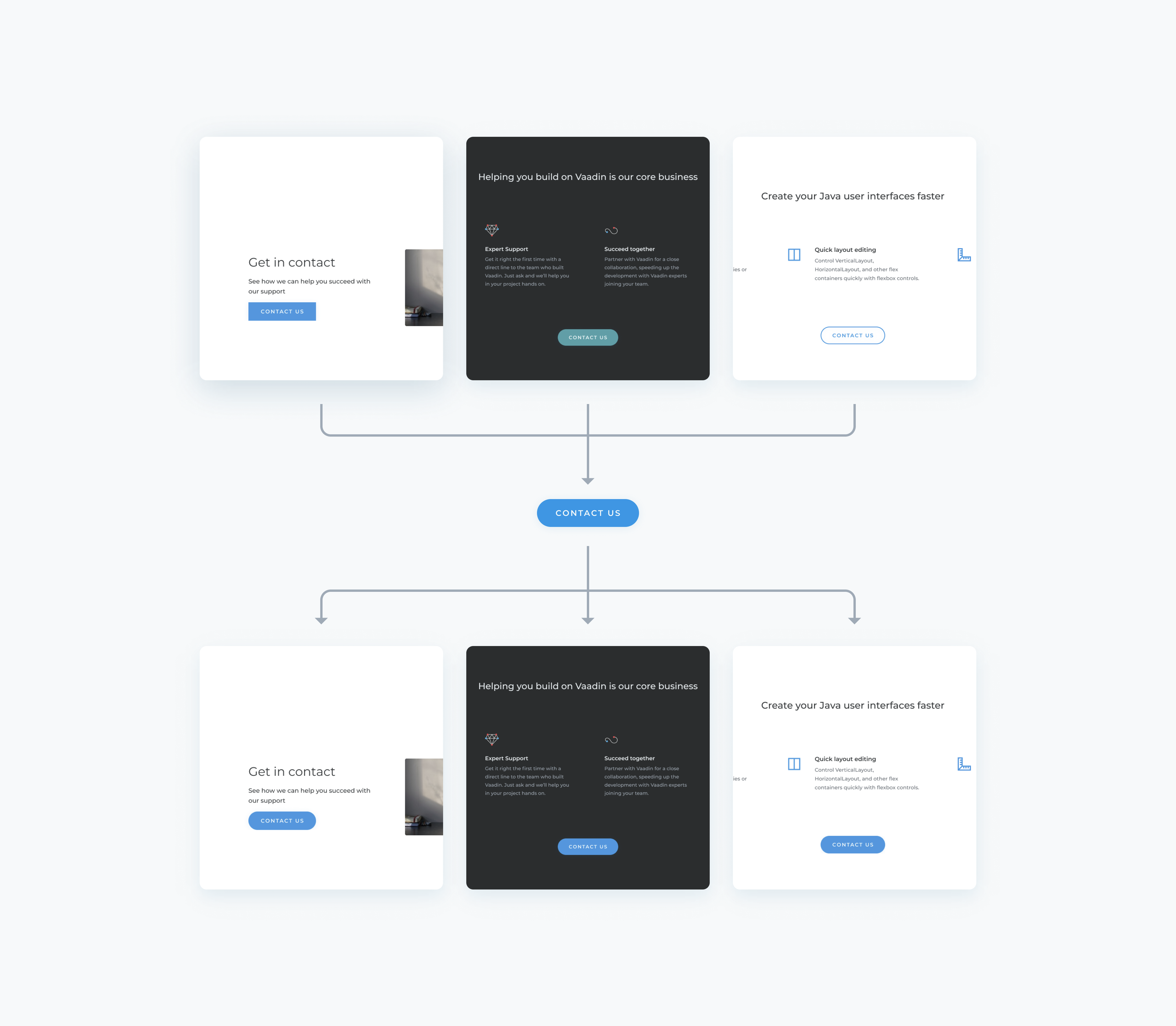 Let’s dissect the above example. In this extremely simple use case, using a design system results in:

Now, think about what teams can achieve in an advanced production use-case.

That is the power of a design system.

The challenges of using a design system in your application

The three largest pain points in adopting a design system are:

Vaadin Design System: All of the benefits, a fraction of the cost and effort

Vaadin’s upcoming design system features solve these problems, and offer the benefits of a design system, with minimal effort.

The “baseline” Vaadin Design System is included out of the box as a feature of the free and open-source Vaadin platform, and covers the Vaadin UI components and Lumo theme.

Organizations that need a lot of custom, product-specific UI components and visual styling to match their brand guidelines, can create their own design system, complete with a self-hosted comprehensive documentation website, by extending and customizing the baseline Vaadin Design System.

This allows any team to simply start building their UI in a scalable, reusable way--without the hassle of “setting up” a design system.

If you look closely, many of the parts that make up the design system are things that you use on a regular basis when developing with Vaadin.

What does the Vaadin Design System mean for your team?

So, does this mean that your team needs to do any extra work to build UIs in Vaadin? Or does your team “need” to include a design system in your project?

The answer to both questions is no.

For teams that don’t need a design system, nothing will change in practice. These teams can simply ignore the design system concept, and use any of the provided tools to build UIs, using their preferred methodology.

For teams that are building highly-complex applications, or multiple applications for the same organization, you can use all of the building blocks of the baseline Vaadin Design System, together with our documentation tooling, to create a robust and scalable custom design system.

Our practical guide to building an in-house design system for Vaadin projects will be out soon, so stay tuned.