Create your own custom version of the Lumo theme using this easy to use visual editor! Configure colors, fonts, sizing and spacing and component styling, then download the resulting CSS and use that in your app. 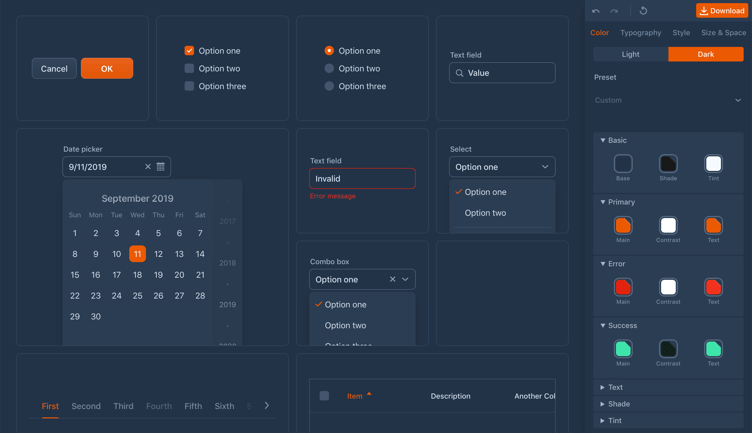