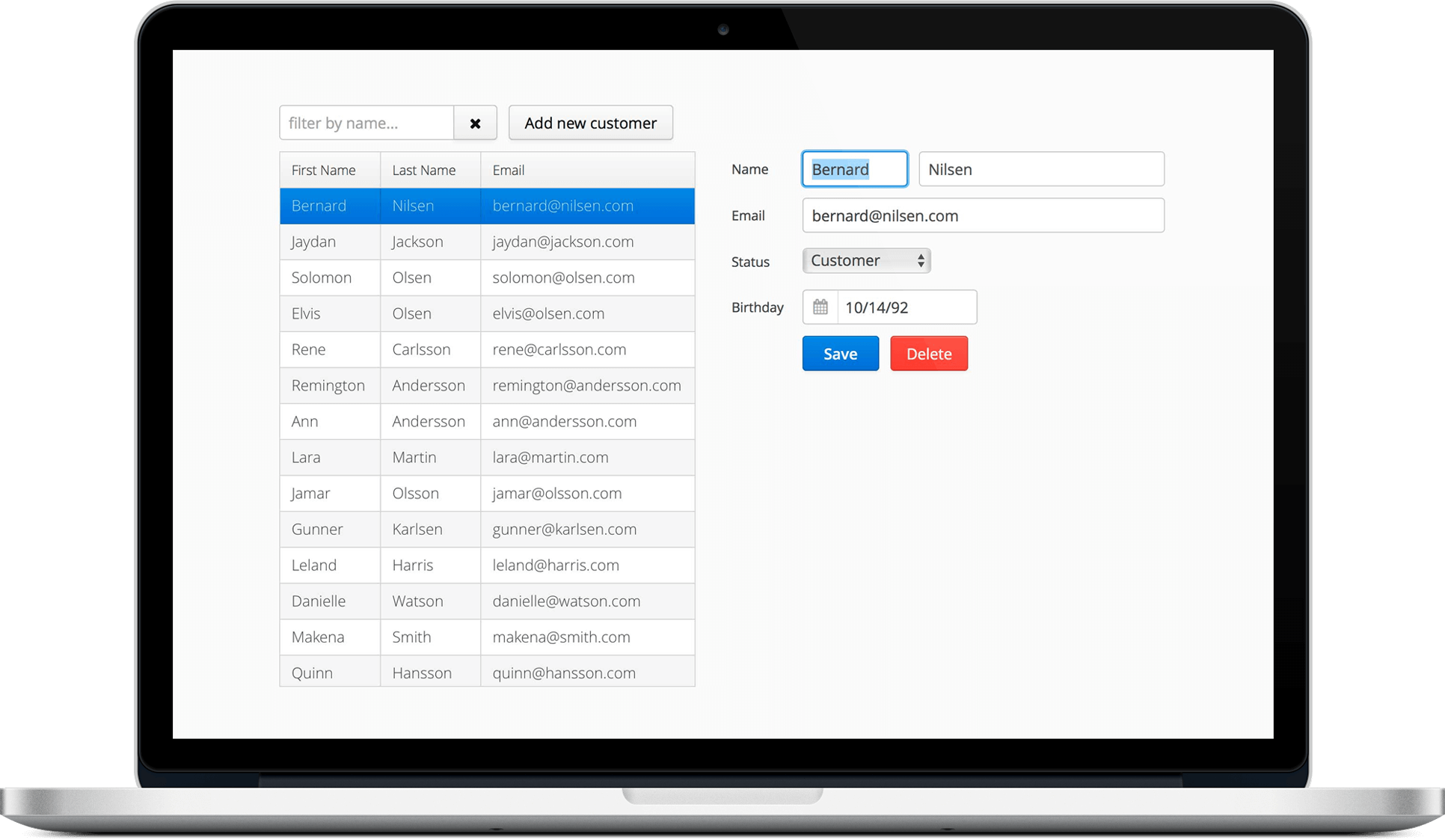 Publishing a new version of a tutorial is not necessarily the most interesting thing for existing Vaadin developers, but we believe this will help many new developers to become addicted to the simplicity of Vaadin development. In case you have friends, who you think should have Vaadin in their toolbox, this is the link you want to share with them.

Our previous tutorial was more like a code example with detailed documentation. In this renewed tutorial, the meat is not the final source code of the application, but the learning by doing experience. The renewed tutorial will introduce you to the way to develop Vaadin applications and the core concepts of Vaadin development.

The tutorial is written in such a way that you only need to understand the core concepts of software development to understand it. You don't need to be a Java developer to try Vaadin. If you are new to both Java and Vaadin, you should reserve at least an hour to pass the whole tutorial, but more experienced Java developers can finish it even as quickly as 15 minutes.