Vaadin 19 has landed: Here’s everything you need to know 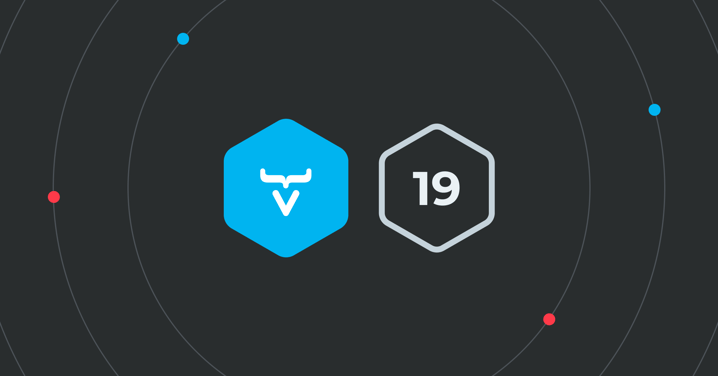 Check out this blog post by Marcus Hellberg to learn more about Flow and Fusion.

For a complete list of changes, visit our release notes.

Vaadin 7, 8 and 10 were popular long-term options for building OSGi-based Java solutions. However, modern versions of Vaadin (14+) only supported OSGi in compatibility mode, that used the deprecated Bower + WebJars-based solution for compiling front-end resources.

Vaadin 19 is the first step towards changing this and enabling Vaadin to support the most common OSGi environments by default.

Vaadin Flow developers can now use a npm / webpack-based build and deploy their applications in production mode.

Check out Matti Tahvonen’s OSGI blog post for more details on what’s on the roadmap.

These behaviors differ in Flow / Fusion hybrid apps, depending on whether the view in question is a client-side (Flow) view or a server-side (Fusion) one.

We have introduced a simpler, language-agnostic way to define a custom theme that can be packaged and reused as a dependency in multiple applications and custom design systems.

Prior to this, there were two ways of creating a theme for a Vaadin Flow app:

Vaadin Fusion apps did not necessarily have the concept of a theme. Developers instead needed to ensure that they imported the appropriate theme version of each component dependency, and manually registered their component-specific styles.

This can be applied with a single annotation that works in both Flow and Fusion apps.

Developers can now use the TypeScript code-completion features in supported IDEs, and the build-time TypeScript compiler will verify the accuracy of the types when creating event listeners for Vaadin components.

This greatly improves the overall developer experience for Fusion projects by reducing the burden on developers, who previously had to memorize the data types for components, or constantly refer to our documentation while coding.

Collaboration Engine without any additional dependencies

Vaadin 19 is the first release to add Collaboration Engine as a platform feature. This ties in with our recent decision to introduce a completely free tier for this feature, to empower our entire Vaadin community to build highly-secure real-time editing features into their applications with just a few lines of code.

This means that any project built using Vaadin 19 can now call on the high-level CollaborationAvatarGroup and CollaborationBinder APIs, as well as the low-level Topic API, without adding any additional dependencies in the pom.xml file.

At present, Collaboration Engine ships with real-time form editing capabilities. Additional features, such as real-time commenting and an activity log, will be released in the next few months.

Collaboration Engine itself currently runs in-memory on the application server. An independent deployment option, which will allow it to be hosted on a dedicated server within your infrastructure, will ship later this year.

This feature currently ships with a Java (Flow) API. A Fusion API is currently on our roadmap, and scheduled for Q1 2022.

Single-click editing in the GridPro component

We have also included an enhancement to the GridPro component, by adding an API that enables entering edit mode with a single click on a cell.

Prior to this, the end user had to double-click a cell to switch to edit mode. While suitable for most situations, there were occasions when this resulted in suboptimal UX for the end user, in that:

Vaadin 19 does include a few breaking changes. To learn more, visit our release notes.

Should I use Vaadin 19 for my project?

Vaadin 19 is part of our non-LTS / latest release track. We recommend using Vaadin 19 if your project requires the latest features, or you are using Vaadin Fusion to build TypeScript UIs.

Versions that are a part of this release track only receive support / updates for 4 months from the date of release.

However, non-LTS versions are suitable for business use, and upgrading to newer major versions should be relatively straightforward. However, please keep in mind that there may be breaking changes between major versions, even though we actively work to minimize their impact.

In contrast, our LTS version (Vaadin 14) remains supported and will receive minor updates with bug-fixes, new features and security patches until the end of June 2024. Extended support is available until June 2034 for Vaadin Prime and Enterprise subscribers.

Will these features be backported to the current LTS version?

All of the Flow features, except for OSGi support, will be backported in a minor release to our current LTS version (Vaadin 14). OSGi support for Flow, and all of the Fusion- related features, will be available in the next LTS, due in Q4 2021.

How can I get started with Vaadin 19?

We recommend following these links to customize and download a starter application that uses Vaadin 19: