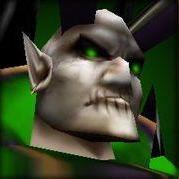 [ This description is mirrored from README.md at github.com/raulsntos/noto-emoji-iconset on 2019-05-22 ]

Iconset for iron-icon to use Google's Emojis. See the Documentation.

You can clone this repo directly to your server but I recommend using bower:

The emojis will not render properly if you don't use Shadow DOM so be sure to enable it.

The good news: Polymer will switch to Shadow DOM by default eventually (soon).

Take a look at the demo to see how I'm using the iconset. If you are using a Polymer version that is lower than 2.0 be sure to add this code before loading Polymer (or every element implemented with Polymer) :

How to use the set

To use the set simply import this set and use it like any other iconset. Use the prefix emoji followed by colon (:) and the emoji in unicode (�). Example:

But it's hard to type emojis in my laptop! :angry:

I know! That's why there's also a Polymer element included emoji-icon which lets you use the emoji shortname (like you do in GitHub). Example:

Can I change the size?

How to build the iconset

You can build the iconset yourself by using the build.go file included in this repository, simple use go run build.go.

The script uses git to clone the Noto GitHub repository (you can also download the repository manually, the script will not clone it as long as a folder named noto-emoji exists in the root of this project).

If you have already cloned or downloaded the Noto repository but want to update it to the latest version use the flag -update-noto when running the script: go run build.go -update-noto to overwrite the folder (or you can delete it manually and then run the script).

The script will overwrite the noto-emoji-iconset.html and emoji-dictionary.html files without a warning.

The flag -analysis also exists to generate the analysis.json file, it is exactly the same as using the command polymer analyze emoji-icon.html > analysis.json but shorter, the generated JSON file is used only in the demo.

You might not want to build the element yourself, use the one downloaded by bower

It might take a few minutes since it has to download the entire Noto repository, go through over 800 svg images and then download and parse a JSON that contains over 1000 elements. Also, the script was not built to be fast, I implemented it quickly so there might be a few things that could've been done better, the purpose of the script is to automate the process of transforming the latest version of Google's Noto Emoji into a Polymer element, once the script has fullfilled its purpose there is no need for it anymore (until Google updates the Noto repository), so it's likely that no user will ever run the go script but me in order to update the element.