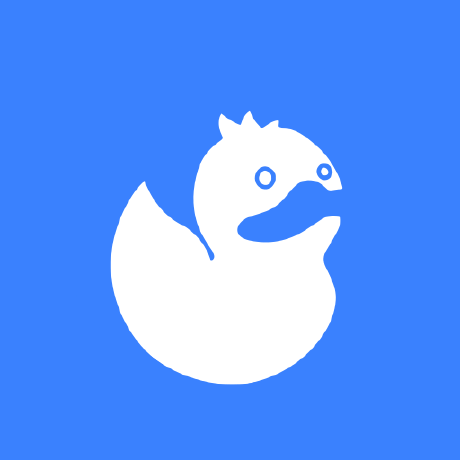 DeckDeckGo let you create without effort your slides and allows you to add some extra interactive features with the help of the Ionic components.

For the editing, DeckDeckGo supports both HTML or Markdown.

Moreover, DeckDeckGo bundles your presentation with services workers letting you publish it online as a Progressive Web App.

This project has for goal to let you easily generate a QR code in your DeckDeckGo presentation.

However, this Web Component could be use with or without DeckDeckGo respectively could be use in any web projects.

To generate the QR code, the project qrcode-generator from Kazuhiko Arase is used.

This Web Component let you generate QR code like the following as svg (default) or img:

Optionally you could also display a logo over your QR code:

The DeckDeckGo - QR Code Web Component could be use directly in your project from a CDN, using a simple script include, or could be installed from npm.

It's recommended to use unpkg to use the DeckDeckGo Code from a CDN. To do so, add the following include script in the main HTML file of your project:

Install DeckDeckGo - QR Code in your project from npm using the following command:

The <deckgo-qrcode/> Web Component will generate per default a <svg/> QR code with a correction level set to high.

Optionally, it's also possible to generate the QR code as an <img/> and/or to display a logo over it.

To display a logo over your QR code, this Web Component provide a slot called logo.

The <deckgo-qrcode/> expose the following properties:

The <deckgo-qrcode/> could be styled using the following CSS4 variables which would only applies on the type <svg/>:

In oder to style QR code if its type is set to <img/>, you will need to use properties instead of CSS4 variables.

You could find all the examples in the src/index.html of the project.

Example with a logo:

It's possible to display a logo over your QR Code as the code generated with this Web Component have a correction level set to high meaning, if I understand correctly, that your content is encoded and displayed multiple times inside the QR code. Therefore, even if the logo cover a part of it, it will be still possible for a reader to read the content from "somewhere else" in the code.

However, test it carefully and play with the colours, cell-size and size of your code to ensure its readability.

Link to this version
ImportedReleased 07 February 2019MIT License
Framework Support
Browser Independent
Install with
npm install deckdeckgo-qrcode"@1.0.0-alpha.6"
Run the above npm command in your project folder. If you have any issues installing, please contact the author.
Release notes - Version 1.0.0-alpha.6