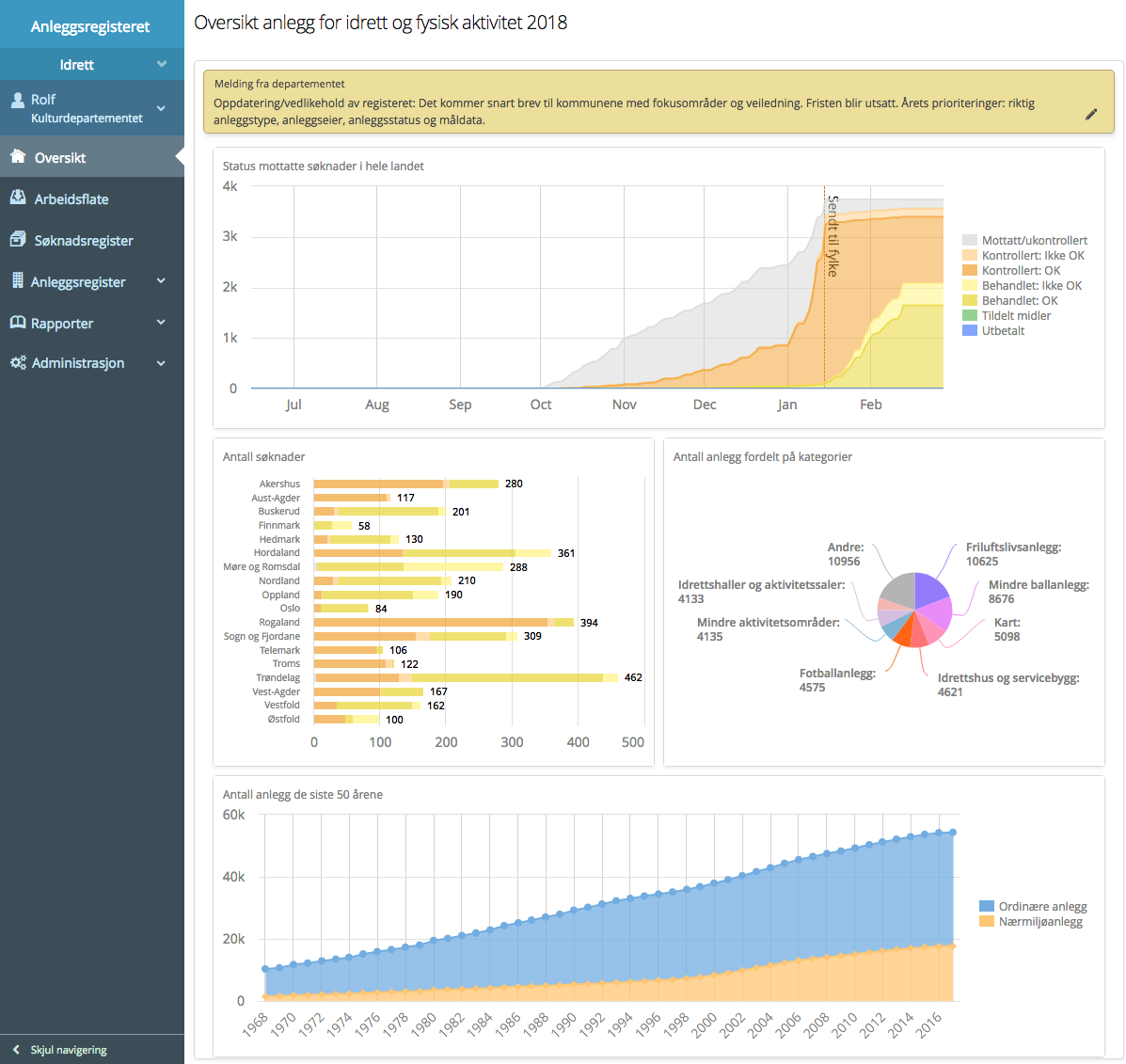 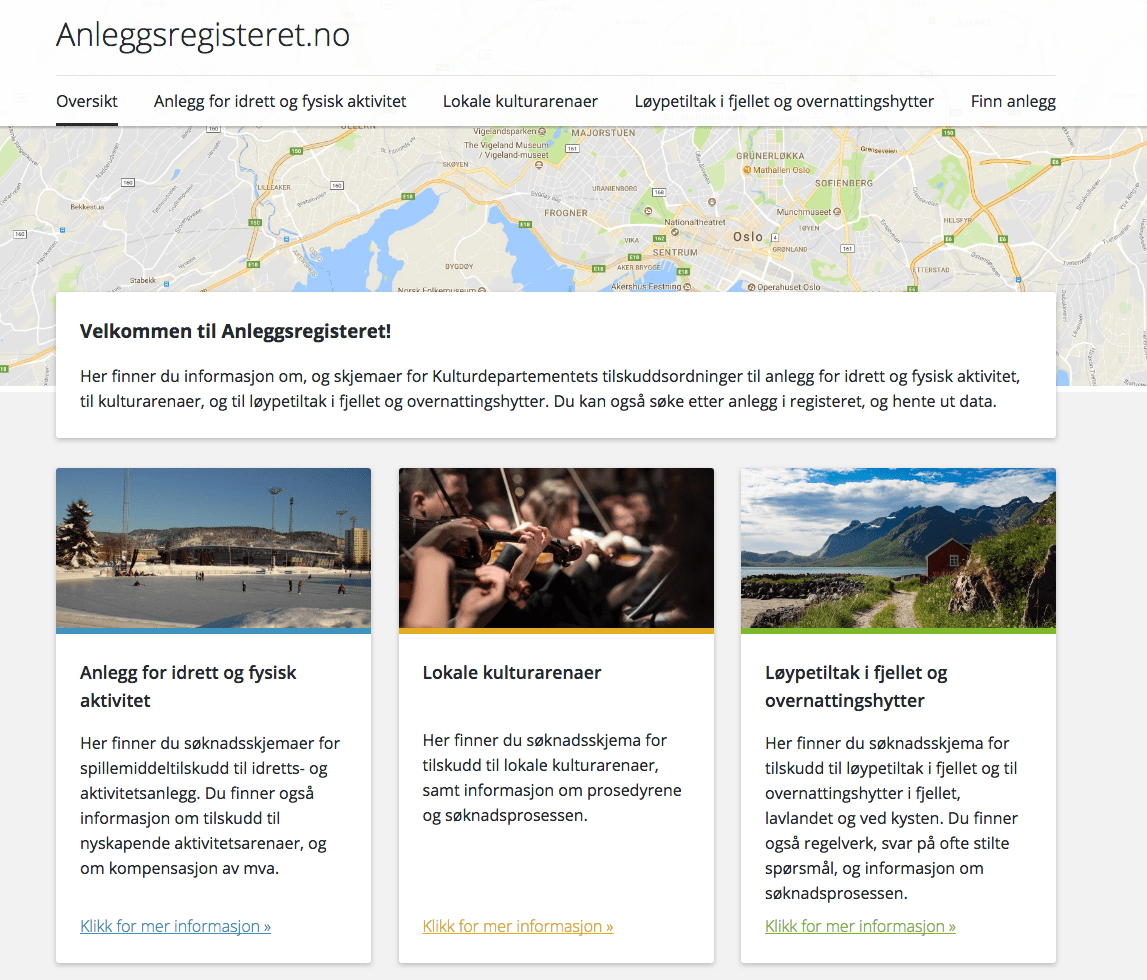 The Norwegian Gaming and Foundation Authority´s application "Anleggsregisteret" is developed by the Norwegian Foundation and Gaming Authority on behalf of the Ministry of Culture. The application consists of a backend system used to handle the requests for subsidies and a registry of the facilities in Norway.

Modernization of an old system

The Norwegian Gaming and Foundation Authority had previous experience with applications based on SmartGWT. However, when the Anleggsregister project started, a decision to modernize the application with Vaadin was made. Major requirements for the application were a minimal amount of needed client-side code, as well as a great-looking UI.

Integration with other solutions

Vaadin delivered the modelling, the user experience and then implemented the highly customizable frontend UI. Vaadin Framework integrates well with the rich ecosystems of other open source solutions which are essential in order to accomplish complex applications like this, in a relatively cost efficient manner.

Through the great work of the development team and consultants, Anleggsregisteret has been launched successfully. The final application consists of a back-office system used to handle the requests for subsidies and a registry of the facilities in Norway. In addition, the application consists of a public site and 3 types of web schemas. It is mainly used by the Norwegian Ministry of Culture for granting subsidies to sport and culture facilities in Norway. In 2017 over 1.4 billion kr was granted to such facilities. After the completion of the project, a survey was done: 90% of the users have reported that they are happy with the new product.

"Vaadin Framework and the use of Vaadin consultants were key factors in delivering this project on time and on budget."